Note: This race was run for the final time in 2017. The information below refers to the 2017 race.

Named for local San Marcos running enthusiast and race director Dr. Moe Johnson, the Moe’s Better Half Marathon has become a road running tradition in the central Texas area over the past two decades, growing into one of the region’s more popular race events.


Run on an out-and-back loop course that starts near the Prime Outlets and the Tanger Outlet Center just off Interstate 35, the race features a mix of hilly and sometimes challenging stretches through both commercial areas and Texas farmland. The race is set to mark its 32nd annual running in 2016.

From the start at the Tanger Outlets, the course follows a clockwise loop direction heading south on Center Point Road. Runners follow what’s mostly a straightaway along Center Point for the first five and a half miles of the race, with a turn (but staying on Center Point Rd) between the 5- and 6-mile markers.

As the road continues west, runners turn north onto Francis Harris Lane, which takes them all the way back up to the Old Bastrop Highway, which closes the roughly nine-mile loop when it meets with Center Point for the last mile of the race toward the finish line at the Tanger Outlets.

Run entirely on paved surfaces throughout, the race features a mix of flat stretches and some challenging hills. Runners in the half marathon will encounter the steepest uphills along the course between miles 3 and 4 and miles 12 and 13, while the sharpest downhill occurs just before participants reach the 6-mile marker.

Other than that, the course has some pretty flat stretches, especially between miles 7 and 8.5, as well as between the starting line and the first mile marker.

Organizers start sending runners off for the half marathon at the race’s scheduled starting time of 7:00 AM. Runners will have 3 1/2 hours to complete the race; organizers add that the course closes at 10:30 AM. 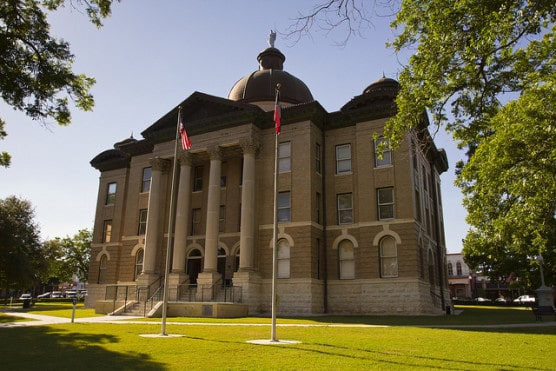 Mild to moderately warm conditions, with some cool weather and occasional rain, are the norm in the spring in the San Marcos area, which lies about 40 miles to the northeast of the San Antonio metro area. March has brought record temperatures here as low as 17°F (in 1980) and as high as 100°F (in 1920).

See the race route map for the Moe’s Better Half Marathon here.

To reserve your spot in the 2017 running of San Marcos’s Moe’s Better Half Marathon, register online at SignMeUp.com here.

Ever run in the Moe’s Better Half Marathon? Share your impressions here, or post your review in the Comments below.