Part of a five-race series that takes runners on tours of the vineyards and wineries in Texas’s wine-growing regions, the Kiepersol Wine Farm Half Marathon is the second event of the year in the Texas Wine Series, which also includes races down in the Texas Hill Country near Austin and features a 5K and 10K to go along with the 13.1-miler.


The race takes runners – and walkers, thanks to its generous five-hour course time limit – through the 63-acre Kiepersol Wine Farm, which was planted back in the late 1990s and today is known for its breathtaking views as well as its unique geography.

The winery sits on top of a geologic feature known as the Bullard Salt Dome, which over time has brought Jurassic soils up to the surface, soils that it turns out are perfect for growing wine grapes.

Runners will get to take in all of this on their tour around the vineyard, and know that their race benefits a worthy cause, as proceeds will go toward the Texas-based nonprofit A World for Children, which provides support and foster homes for abused and neglected children. 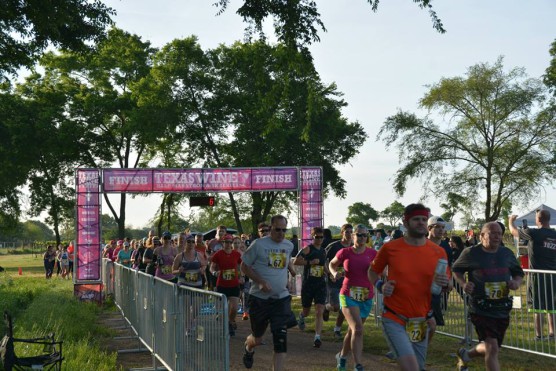 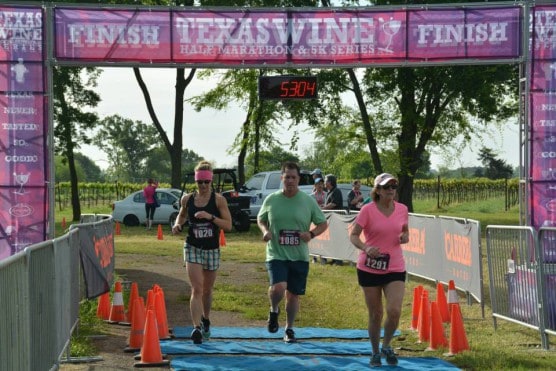 And the finish line at the 2015 race. (Photo courtesy Texas Wine Series) 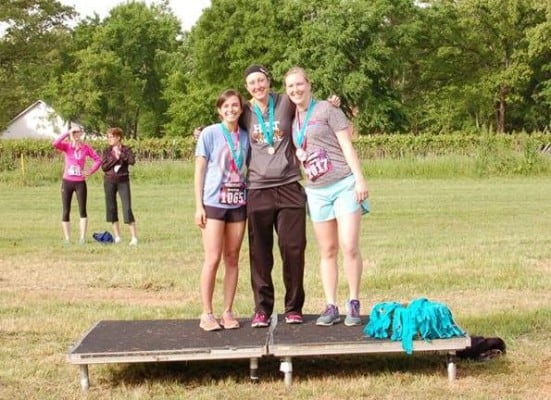 April typically brings one of the mildest and driest months of the year to the Tyler area, which lies just off Interstate 20, roughly halfway between Dallas and Shreveport, La. Record temperatures for the month here include a low of 30ºF (in 1987) and a high of 94ºF (in 2006).

See the race route map for the Kiepersol Wine Farm Half Marathon here.

To reserve your spot in the 2017 running of Tyler’s Texas Wine Series at Kiepersol Wine Farm Half Marathon, 10K or 5K race, register online at the event website here.

Ever run in the Texas Wine Series? Share your impressions here, or post your review in the Comments below.