Runners get the chance to make their way around one of the 2002 Salt Lake City Winter Olympics venues at the Boys Chase Girls Half Marathon & 5K, which unfolds where just over a decade ago, Olympians tested their mettle in alpine skiing events here, including the downhill, super G and combined alpine races.


The race follows a point-to-point route (for the half marathon) that starts at Snowbasin Ski Resort, located high in the Wasatch Mountains just outside Ogden and roughly a 40-minute drive north from Salt Lake City.

From the starting line — at just over 6,300 feet above sea level — the course heads uphill for the first mile, climbing nearly 300 feet by the time runners reach the first mile marker.

After that, it’s quite literally all downhill from there, as the race course unfolds through what should be spring’s tree-covered mountains.

Runners will descend about 1,500 feet between the peak elevation around mile 1 and the finish line, which they reach in Enterprise Park, just off West Old Highway Road and just to the northwest of Morgan, Utah.

The theme of the race is “boys chase girls,” and so that’s exactly what will happen — “because boys always need an excuse to chase girls, and girls always love to beat the boys!” as organizers say.

Women will start 30 minutes ahead of the men in the 13.1-mile race, while they’ll have a 5-minute head start in the 5K race, which will follow an out-and-back course along the first 1.55 miles of the half marathon route. 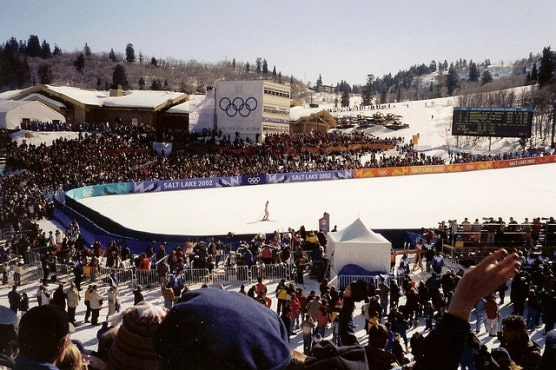 Located in the Wasatch Mountains just to the east of Ogden, and roughly a 40-mile drive north from Salt Lake City, Huntsville typically sees wide-ranging temperatures in May, as the high-elevation mountains here can bring wide-ranging weather from sunshine to occasional snowfall.

See the race route map for the Boys Chase Girls Half Marathon here.

To reserve your spot in the spring 2016 running of Huntsville’s Boys Chase Girls Half Marathon, 10K or 5K race, register online at RaceEntry.com here.

Ever run in the Boys Chase Girls Half Marathon? Share your impressions here, or post your review in the Comments below.

See more races in: May, Utah