A stunningly gorgeous run through the canyon country of southeastern Utah awaits runners at the Comb Ridge Classic, a race that unfolds along an ancient geological formation that stretches some 80 miles across the Colorado Plateau between northern Arizona and the foothills of the Abajo Mountains near Blanding, Utah.


It’s a place that was once home to the ancient Pueblo peoples, who lived along the ridge in cliff dwellings and other hand-built villages between about 500 and 1300 AD. Even today, many centuries later, their art in pictographs still stands on the walls of caves and the ruins of homes perched several hundred feet over the valley.

This place is also famous for being part of the trail crossed by the Mormon pioneers, who traveled here in 1879 on their now-legendary Hole-in-the-Rock expedition which explored the San Juan region’s sheer cliffs, mesas, hills, washes, slick rock and cedar forests at a time when it was one of the most untouched places on the planet.

Runners get their chance to soak all of this history and stunning natural beauty in when they line up for the start at the Comb Wash campground, which lies about 14 miles from Blanding, just off Route 95. From there, the course heads north along the Comb Wash dirt road, all the way to the turnaround point on Route 228.

Between the start and the half-way point, you’ll climb more than 1,000 feet in elevation – from just over 4,800 feet above sea level at the starting line to about 5,960 feet at the race’s highest point – so you’ll definitely need to be ready for a challenge.

The climb is definitely worth it for some of the most amazing southwestern scenery you’re ever likely to see, however. What you’ll be running along is called a monocline, a fold in the earth created by the slippage of tectonic plates that’s more than 65 million years in the making. What that upheaval left behind is a giant ridge that rises as high as 900 feet above the valley in some places, and plenty of rugged, rocky terrain.

Once runners make up to the peak elevation, they’ll turn around and experience the same run in reverse, all the way back to the Comb Wash campground where the race finish line lies. 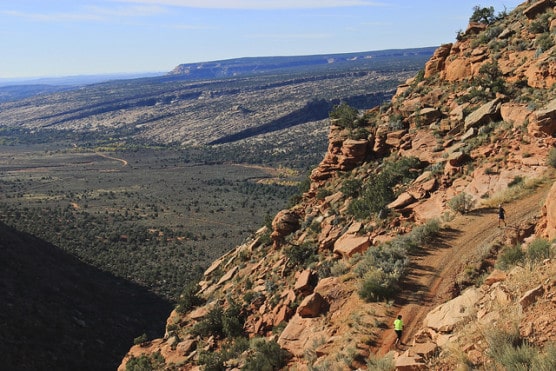 Runners on the course at the fall 2015 Comb Ridge Classic Half Marathon. (Photo by Jenna Whetzel/flickr) 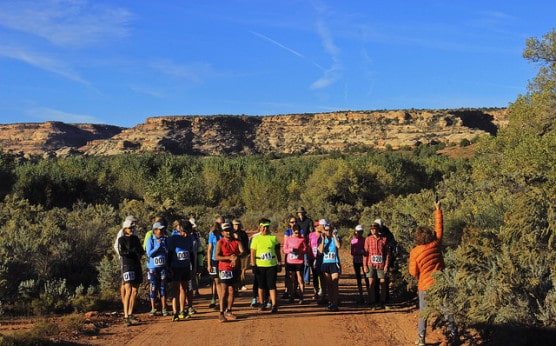 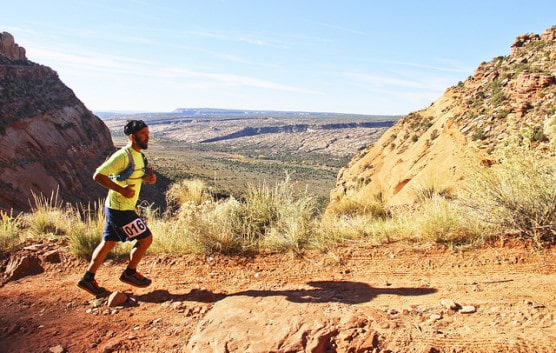 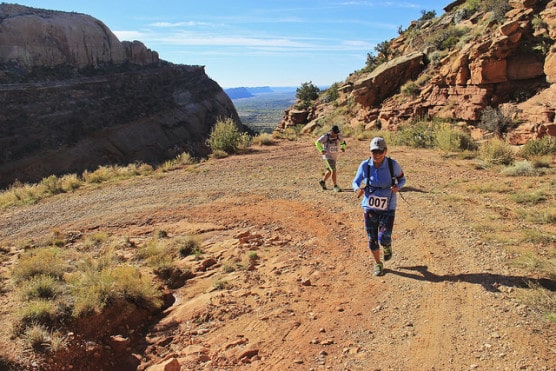 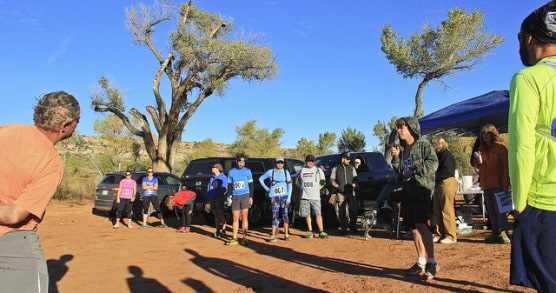 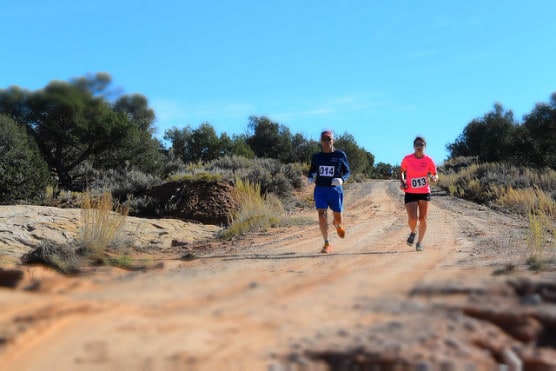 Located in the canyon country of southeastern Utah, about 75 miles south of Moab, Blanding typically sees some of its mildest and driest weather of the year in April, which has brought record temperatures here as low as 10ºF (in 1913) and as high as 88ºF (in 1906).

See the race route map for the Comb Ridge Classic Half Marathon here.

To reserve your spot in the spring 2018 running of Blanding’s Comb Ridge Classic Half Marathon or 10K race, register online the event website here.

Ever run in the Comb Ridge Classic? Share your impressions here, or post your review in the Comments below.