Set for its annual running at the height of summer here in northern Utah’s Cache Valley, along a course that starts at the top of Green Canyon and then heads down into the valley below,  the North Logan ‘Rockin’ Half Marathon follows a point-to-point route along a combination of dirt, gravel and paved surfaces, and features a few challenging hills.


Bands play live music all along the route. You’ll start the race along Green Canyon Drive at the top of the canyon overlooking the city, a suburb of nearby Logan that’s home to just under 9,000 people and features some of the most breathtaking views of the mountains surrounding the valley.

From there, the race heads south toward North Logan, where you’ll make a series of turns up and down the length of several city streets, past Elk Ridge Park and through the heart of North Logan. All along the way, bands will be set up to play music to cheer the runners on, and they’ll also perform at the finish line too.

The bands — everywhere a band plays, you’ll also find an aid and refreshment station — will play at miles 3, 6, 9 and 11, and there will also be porta-potties scattered from the start to the finish. 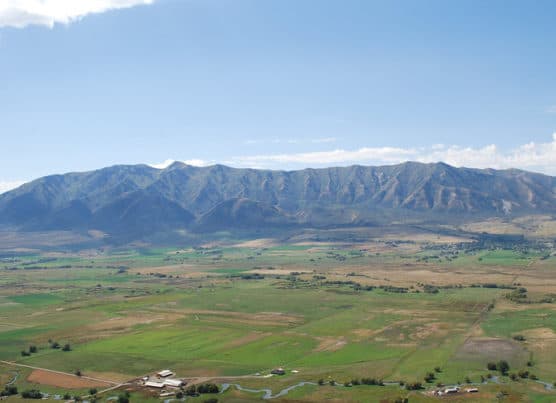 A view of the Wellsville Mountains that overlook Utah’s Cache Valley. (Photo by Steve Sellers/Wikimedia)

Nestled in the Cache Valley of northern Utah, just outside Logan and roughly 85 miles north of Salt Lake City, North Logan typically sees its warmest and driest weather of the year in July, which brings temperatures that average between the low 60s and the upper 80s.

See the race route map for the North Logan ‘Rockin’ Half Marathon here.

To reserve your spot in the 2018 running of the North Logan ‘Rockin’ Half Marathon or 5K race, register online here.

Ever run in the North Logan ‘Rockin’ Half Marathon? Share your impressions here, as well as anything you learned about the race that you think other runners/walkers should know.