After its inaugural running in 2004, the Salt Lake City Marathon was listed among the 12 new favorites by Runner’s World magazine in its January 2005 Marathon Guide and described as “Big Fun, Big Scenery, Big Rewards.” Later, race directors added a half marathon to the mix, taking advantage of the fun, festive atmosphere of the full marathon and offering runners the most scenic parts of the course.

The race has only grown in popularity since then, as more than 4,000 runners crossed the finish line in all three running events each year, including more than 3,000 runners in the half marathon alone.

Both the marathon and the half are point-to-point, USATF-certified courses that take runners through the heart of Salt Lake City, offering beautiful views of the surrounding snow-capped Wasatch mountains.

Starting at an elevation of just over 4,800 feet, the half marathon course offers mostly flat and downhill running, with a net elevation loss of just under 600 feet.

The half marathon and the full marathon are run simultaneously and share a common start line on the Olympic Legacy Bridge at the University of Utah, the site of the 2002 Winter Olympic Athlete Village.

For the first several miles, both half and full marathon runners are together, as the course heads into the city, winding through Salt Lake’s legendary wide streets and passing by picturesque neighborhoods and elegant estates.

At the 9-mile mark, the half marathon course splits from the full marathon around Westminster College. The course then continues west, taking several turns, until runners reach 500 East. From here, the route heads north through Liberty Park and then turns left to head toward State Street, which brings runners back up 200 East.

Expect a lively, energetic last mile, as crowds of cheering spectators and live bands line the course all the way to the finish line at Washington Square. 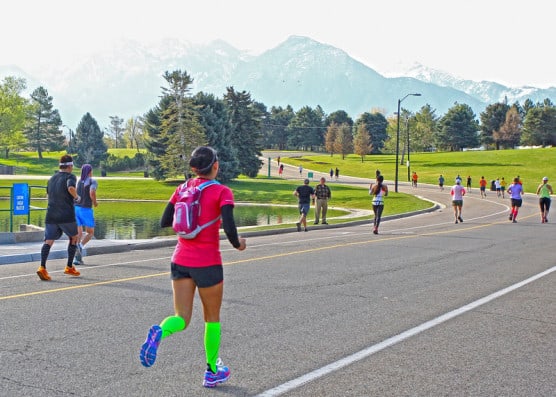 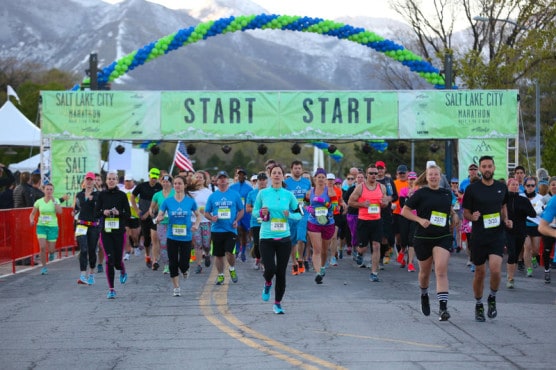 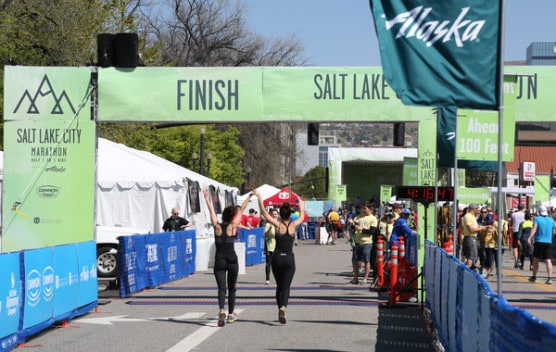 Nestled along the southern shoreline of the Great Salt Lake in central northern Utah, Salt Lake City typically sees cool to mild weather in April, a month that has seen record temperatures here as low as 26 degrees (in 1991) and as high as 86 degrees (in 2000).

See the race route map for the Salt Lake City Half Marathon here.

To reserve your spot in the 2023 running of the Salt Lake City Marathon, Half Marathon, 5K or bike tour race, register online at RunSignUp.com here.

Ever run this half marathon? Share your impressions here, or post your review in the Comments below.