Seven miles of running along the highway that winds through Utah’s scenic American Fork Canyon, followed by miles along residential streets as well as along biking and jogging paths through wooded parks — that’s what awaits runners at Utah’s Timpanogos Half Marathon, set for its 12th annual running this summer.


While the race starts at a high elevation, especially if you’re not used to running at this altitude — the starting line at the Tibble Fork Reservoir lies at just over 6,400 feet above sea level in the Wasatch Mountains to the northeast of American Fork — the course follows a long, gradual downhill descent from the start to the finish line, shedding about 1,800 feet of elevation over the race’s 13.1 miles by the time runners reach the finish line.

Along the way, runners get a chance to trek through some of northern Utah’s most beautiful scenery, as the mountains of American Fork Canyon rise over both sides of the highway during the first half of the race, which brings runners down from Tibble Fork along American Fork Canyon Road and the Alpine Scenic Highway, which will be closed to auto traffic during the race.

Off in the distance, runners will be able to see the peaks of mountains like Mount Timpanogos, and will pass by Timpanogos Cave National Monument along the way.

Runners should note that the race starts at 6:00 AM — both to get in the race before the warmer weather occurs later in the day, and to take advantage of the chance to see these gorgeous mountains and canyons at or near sunrise, which race organizers say occurs at about 6:22 AM.

Though runners are welcome to bring headlamps with them for the race, organizers add that they aren’t a necessity. Temperatures also will be cooler at the higher elevations than in downtown American Fork. 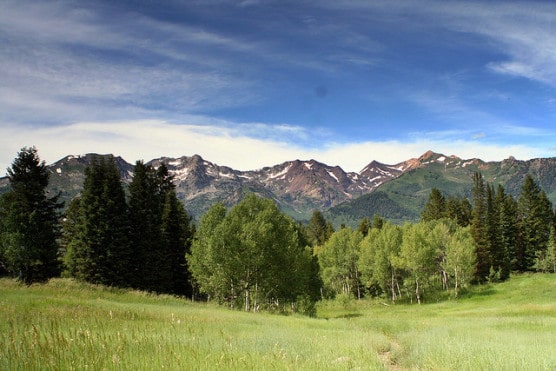 Located just above Utah Lake in northern central Utah, about 14 miles northwest of Provo and roughly 30 miles south of Salt Lake City, American Fork typically sees its warmest weather of the year in July, when the city’s average monthly temperatures range between 90°F and 59°F.

See the race route map for the Timpanogos Half Marathon here.

To reserve your spot in the 2022 running of American Fork’s Timpanogos Half Marathon & 5K, register online at RunSignUp.com here.

Ever run in the Timpanogos Half? Share your impressions here, or post your review in the Comments below.