Set for its 6th annual running along the quiet country roads of this small town along the Connecticut River in central Vermont, the Front Porches Half Marathon features plenty of what’s in its name, as you’ll make your way through residential neighborhoods between the villages of Bellows Falls and Saxtons River.


Planned as a fundraiser for drug abuse prevention efforts in the local area, as well as children’s health and wellness programs, the race features an out-and-back course that starts and finishes at the Waypoint Center in Bellows Falls, a small village in Rockingham, home to just over 3,000 residents.

From there, the course takes runners south and west through Bellows Falls and out into Route 121, which then heads west toward nearby Saxtons River. The route heads through the camps of Vermont Academy and crosses twice over the river the village is named for, before crossing over the Hall Bridge and heading onto a dirt road named Barber’s Park Road.

Once you make it back onto Route 121, the rest of the course follows much of the same route that you ran in the first half of the race, all the way back into Bellows Falls until you get to about mile 12. There, the race turns off onto Old Terrace and Atkinson Street, and then heads north to go back to the Waypoint Center for the race finish.

Thanks to the time of year the race is run, the trees surrounding the course should be ablaze with fall colors, as Vermont is one of the nation’s most beautiful places to be to see fall foliage. 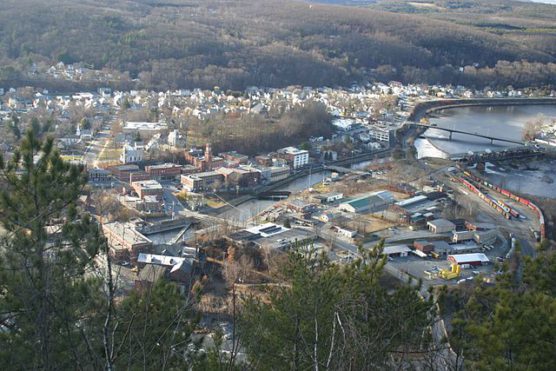 Nestled along the Connecticut River that separates Vermont and New Hampshire, Bellows Falls typically sees cool to mild weather in early October, when temperatures average between the upper 60s and the low 60s.

See the race route map for the Front Porches Half Marathon here.

To reserve your spot in the 2019 running of the Front Porches Half Marathon or 8-mile race, register online at RaceWire.com here.

Ever run in the Front Porches Half Marathon? Share your impressions here, as well as anything you learned about the race that you think other runners/walkers should know.