No more than 200 runners take part each year in the RaceVermont Lewis Creek Covered Bridges Half Marathon, which got a rebirth of sorts this year along a route that crosses over the Lewis Creek River twice and also runs through a pair of covered bridges, which give the race its claim to fame.

The race is part of a series of running events hosted by RaceVermont, and takes runners on out-and-back tour of the Lake Champlain and Shelburne Bay waterfront as well as a countryside filled with rolling, green farmlands, tree-lined roadways and wide-open fields.

Runners start the course at Charlotte Central School along Hinesburg Road. From there, they’ll head south along Guinea Road and then makes a clockwise loop around Bingham Brook, Prindle and Lewis Creek Roads, crossing over the river twice before heading back to Guinea Road for the home stretch, which brings runners to the finish line back at the school.

Organizers note that you’ll want to sign up early for this one – there’s only 200 spots in the half marathon, which is limited to a 3-hour course time limit. If you’re interested in walking, organizers encourage you to participate in the 5K race. 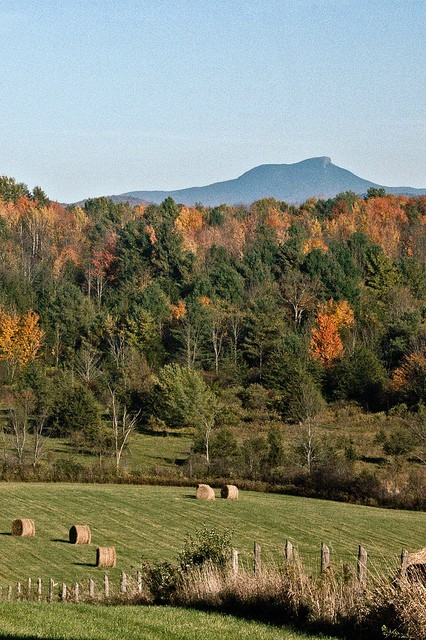 Nestled along the shoreline of Lake Champlain in northwestern Vermont, about a 20-minute drive south from Burlington, Charlotte typically sees some of its mildest weather of the year in May, when temperatures average between 45ºF and 68ºF and rainfall totals average just over 3.3 inches, making it one of the city’s wetter months of the year.

To reserve your spot in the 2017 running of Charlotte’s Lewis Creek Covered Bridges Half Marathon, 10K or 5K race, register online at Active.com here.

Ever run in the Lewis Covered Bridges Half Marathon? Share your impressions here, or post your review in the Comments below.