Set for its 8th annual running as summer is giving way to fall here in this tiny town in the region known as Vermont’s Northeast Kingdom, the Old Stone House Fall Foliage Run features both a half marathon and a 5K Run/Walk as well as 12-mile bike ride that take runners, walkers and cyclists along the dirt roads of Orleans County.

All three races start and finish at the Old Stone House Museum, the home of the Orleans County Historical Society that houses its collections of pottery, folk art, photography and textiles, many of which date back to this village’s founding in the late 1790s.

Surrounded by 19th-century-era homes and rural farm fields, the museum had about 74 finishers at the Fall Foliage Run in 2013 in all three races combined.

Runners will start the half marathon, like the 5K and the bike ride, on the grounds of the museum and then head out onto the roads that lead into the nearby countryside, where they’ll be able to take in views of Lake Memphremagog and Lake Willoughby along the way, as well as Jay Peak, the popular ski resort that plays host to thousands of vacationers in the winter.

Organizers describe the mostly dirt-road surface for the half marathon course as “moderately challenging.” 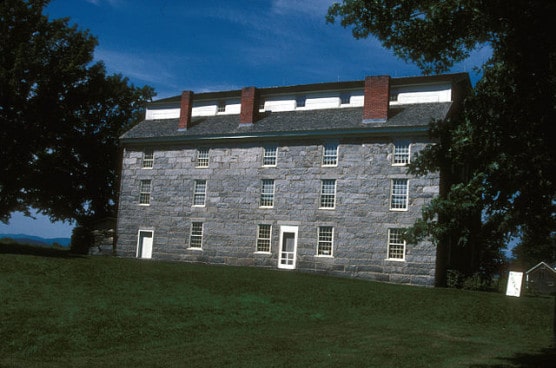 Located near the state’s northern border with Canada, roughly 80 miles northeast of Burlington, Brownington typically sees some of its mildest weather of the year in September, which has brought record temperatures here as low as 23°F (in 1980) and as high as 96°F (in 1990).

To reserve your spot in either the half marathon or the 5K at the 2017 running of Brownington’s Old Stone House Fall Foliage Run, register online at the event website.

Ever run in the Old Stone House Fall Foliage Run? Share your impressions here, or post your review in the Comments below.