Quiet rural roads marked by hilly climbs along the roadways of rural northern Virginia — surrounded by the foothills of the Blue Ridge Mountains and the vistas of Shenandoah National Park off in the distance — await runners at this late summer half marathon race, which makes its 2nd annual running this fall.

Organized by Vacation Races, which puts together a series of half marathon races at sites near national parks across the U.S. throughout the year, the Shenandoah Half takes place just miles from the Thornton Gap entrance to Shenandoah National Park, whose 200,000 acres are filled with more than 500 miles of hiking trails and are known for stunning mountain views, especially at sunset.

The race won’t take you inside the park — you’ll run all 13.1 miles entirely between the tiny hamlet of Marksville and nearby Luray, where you’ll cross the finish line at Lake Arrowhead Recreation Park. The race starting line lies in Hawksbill Recreation Park, along Pool Drive.

In between the start and the finish, the course is filled with quiet country roads and an overall uphill climb, as the route rises by about 500 feet between its lowest point (between miles 3 and 4) and its highest point, which you’ll hit on the big uphill climb along Route 669 near Morning Star.

The course time limit is 4 hours, which means you’ll need to keep a pace of 18 minutes per mile or faster — a pace that means walkers are welcome (as well as strollers, organizers add, “provided you are courteous to our other runners.”)

While you’re in town, you probably won’t want to miss Luray Caverns, which was discovered back in 1878 and has drawn untold thousands of tourists ever since to its visually stunning underground pools, columns, stalactites and stalagmites. 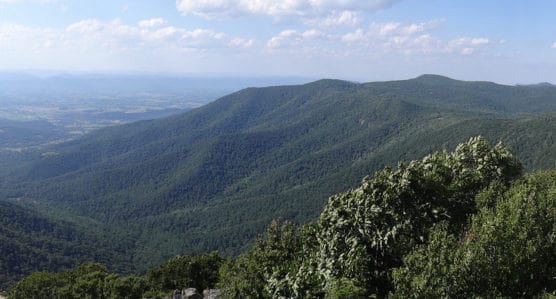 Nestled among the foothills of the Appalachians in the Shenandoah Valley of northern Virginia, roughly a two-hour drive west from Washington, D.C., Luray typically sees mild to moderately warm temperatures in September, which is also its wettest month of the year, with just over 4.3 inches of rainfall for the month.

See the race route map for the Shenandoah Half Marathon here.

To reserve your spot in the 2018 running of the Shenandoah Half Marathon, register online at RunSignUp.com here.

Ever run in the Shenandoah Half Marathon? Share your impressions here, as well as anything you learned about the race that you think other runners/walkers should know.