Run along a course that features a combination of downtown city streets, stretches on the waterfront along the shores of Puget Sound and tree-lined runs through Olympia’s city parks, the Capital City Marathon, Half Marathon, 5-Mile Run & Kids’ Race offers up an abundance of natural beauty here in Washington’s capital city.

The half marathon follows an out-and-back course that follows a clockwise loop through the city, starting downtown at Sylvester Park on Washington Street (just a few blocks from Capitol Campus, the site of the state capitol building that overlooks Capitol Lake).

From there, runners follow Washington Street northward up to Market Street, passing the Olympia Farmers Market as they turn south onto Marine Drive, which curves around the waterfront and heads onto East Bay Drive.

Marina views. This stretch of the race, which unfolds along roughly two miles along the waterfront, features views of the marina on the opposite side of the inlet and the boats docked there.

Runners continue northward along East Bay and into Olympia’s Priest Point Park, a 300-acre urban park that’s a popular local destination for hiking, running, walking and wildlife viewing, as most of its forest lands and beach areas are accessible only on foot through the park’s miles of trails.

Next, runners head through the park along East Bay Drive all the way up to 36th Avenue, where the course turns right and heads east toward the intersection with Friendly Grove Road.

After running along the race route’s northernmost stretch, runners turn south on Friendly Grove and begin a stretch that unfolds through more residential areas, along tree-lined neighborhood streets and past Setchfield Lake. 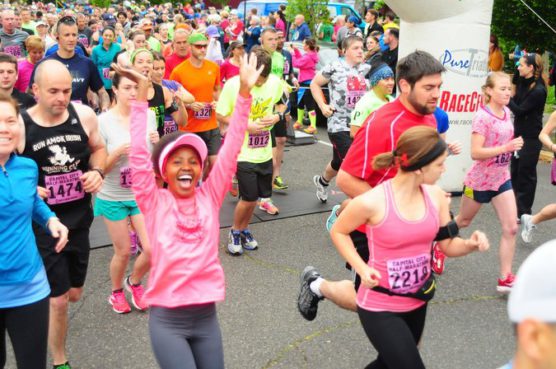 Wildlife abounds. Don’t be surprised if you see local wildlife along these parts of the race either, as runners may see geese and other animals along the route through the neighborhoods, particularly along the more densely wooded areas.

Runners continue heading south through the city’s neighborhoods, with a few twists and turns along the route, all the way down to Harry Fains Legion Park and the Watershed Trail Park, whose more than 150 acres feature temperate rainforest groves and natural springs, and are home to owl and deer as well as salmon swimming through the park’s Moxlie Creek. 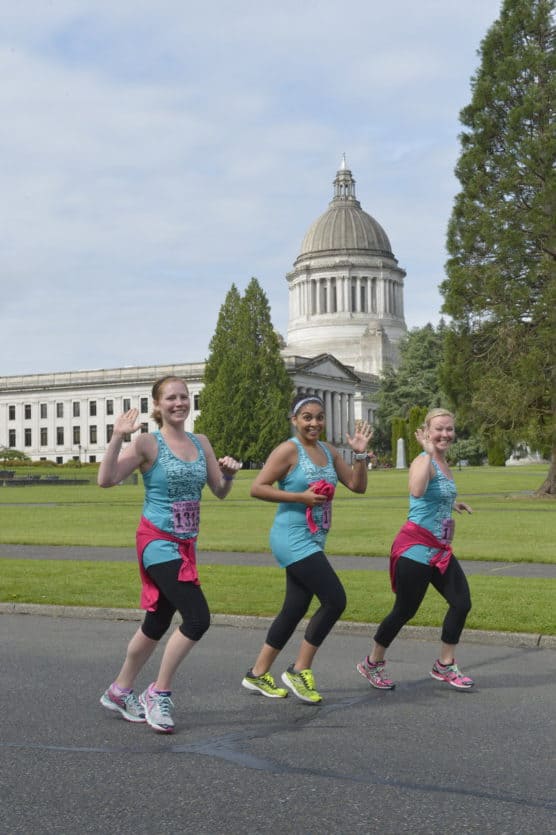 The course takes runners through a brief stretch of the park and then continues around its eastern edge, down to the intersection with Eskridge Boulevard, which begins the final couple miles of the race that take runners back up Capitol Way to the finish line near 7th Avenue, just a stone’s through from the starting line at Sylvester Park.

The race features plenty of flat stretches as well as some significant hills, particularly between the mile 2 and mile 4 markers (where the course climbs roughly 150 feet in elevation) as well as a steady downhill over the last couple of miles in toward the finish line.

Walkers are welcome in both the half marathon and 5-mile races, though the full, 26.2-mile marathon is open to runners only. 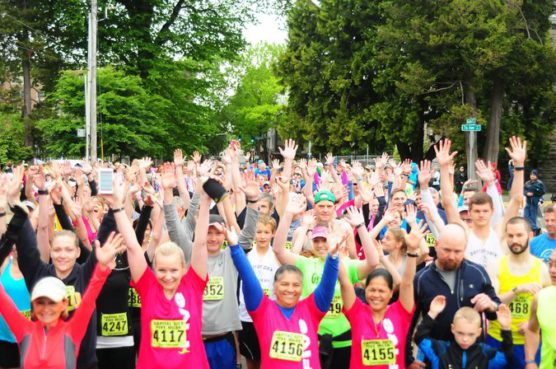 Nestled at the southern tip of Budd Inlet on the Puget Sound, about 64 miles southwest of Seattle, Olympia typically experiences moderate to cool (and sometimes cold) conditions in May, which has brought record temperatures here as low as 25ºF (in 1954) and as high as 96ºF (in 1983).

See the race route map for the Capital City Half Marathon here.

To reserve your spot in the 2023 running of Olympia’s Capital City Marathon, Half Marathon or 5-Mile run, register online at RunSignUp.com here.

Ever run in the Capital City Half Marathon? Share your impressions here, or post your review in the Comments below.

See more races in: May, Washington