Ready for a trail run that will take you tromping through Redmond Watershed Preserve Park just outside Seattle, an 800-acre preserve that’s filled with horseback riding, walking and running trails as well as plenty of natural open space?


Then the Mud & Chocolate Trail Run races are likely calling your name.

Begun in 2009 with a single race in November that saw just over 140 runners cross the finish line in both the 13.1-mile and the 4.5-mile races combined through the Redmond Watershed, the Mud & Chocolate races — so named because the race organizers offer a chocolate aid station during the race as well as chocolate race medals and dessert at the chocolate table at the race finish — the races today have expanded to three events, with races in April, August and November.

Today, the November race features both a 4.5-mile run and a half marathon that take place on Saturday and Sunday, respectively. Both races start near the parking area along the southern entrance to the park, which lies just off Novelty Hill Road, across from the intersection with 218th Avenue Northeast.

From there, runners in the half marathon follow a loop route through the park’s old-growth wooded forests, along what race organizers describe as well-groomed trails — and they add that runners can expect a moderately hilly course.

Those running the half marathon on Sunday will follow the loop route three times around the park to complete their 13.1 miles, while those running the 4.5-mile run on Saturday will run the loop a single time.

Runners are strongly encouraged to carpool to the race starting line, as organizers note that parking is very limited inside the Redmond Watershed. 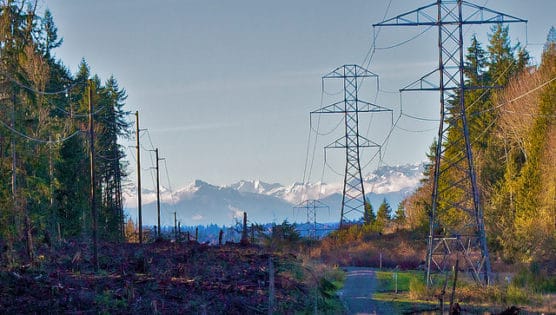 Located just a short drive east across Lake Washington from nearby Seattle, Redmond typically sees November temperatures that average between 40°F and 52°F, while precipitation amounts average just over 4.9 inches, making November its second-wettest month of the year.

See the map for the Mud & Chocolate Half Marathon here.

$57 and up for the half marathon

To reserve your spot in the November 2020 running of Redmond’s Mud & Chocolate Half Marathon race, visit the event website below.

Ever run in the Mud & Chocolate races? Share your impressions here, or post your review in the Comments below.