Set for its 7th annual running this fall, the Orca Half offers stunning views of the waters of Puget Sound and an excellent chance to earn a personal record time — in fact, they even have a bell out for runners to ring at the finish line if they’ve achieved a PR in the race.

Runners will start the race at West Seattle’s Lincoln Park, a 135-acre park located on a bluff that juts out into Puget Sound next to the Fauntleroy Ferry Terminal, and is home to a paved walkway along the water as well as forests, rocky beaches, and more than 4 1/2 miles of walking paths and nearly 4 miles of biking trails through its woods.

That’s where runners will spend the first few miles of the race, after they leave the starting line next to the Coleman Pool along the water and head north along the paved walkway. After they make the turn at the edge of the park, they’ll head back south and then spend the next three miles inside the park, on out-and-back stretches along its trails.

Historic lighthouse. At about a third of a mile past the mile 3 marker, they’ll leave Lincoln Park and head onto Lincoln Park Way and then Beach Drive, which they’ll remain on for roughly the next three miles. They’ll follow it all the way to Alki Point, where they’ll be able to see the Alki Point Lighthouse, which is still functioning today after more than a century — its construction was completed in 1913.

Once they make the turn onto Alki Avenue, they’ll run past Alki Beach Park, which stretches a couple of miles all the way up to the northern end of the island. Next, they’ll follow Harbor Avenue south into Industrial District West, where they’ll nearly reach the West Seattle Bridge.

Before they do, they’ll turn around and head back north to the finish line, which lies at the Don Armeni Boat Ramp.

Small field size. The number of participants is capped at 450, so runners are encouraged to sign up early.

The race features a wave start beginning at 7:20 AM — the first wave leaves then, with subsequent waves starting every 15 minutes until the eighth (and final) wave at 9:00 AM.

The course will close at 1:00 PM, organizers note, so you’ll have five hours at the most to complete your 13.1 miles — plenty of time if you’re walking. 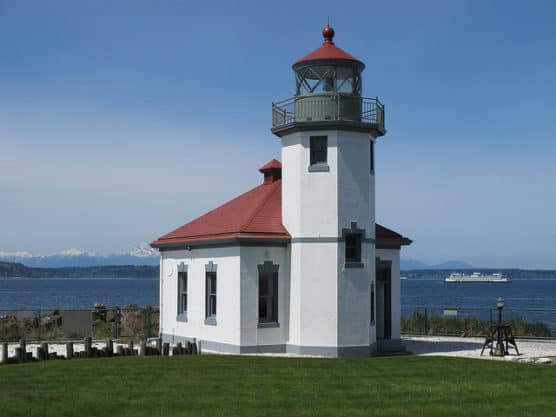 The Alki Point Lighthouse, which you’ll see as you make the turn from Beach Drive onto Alki Avenue between miles 6 and 7. (Photo by Coast Guard News/flickr) 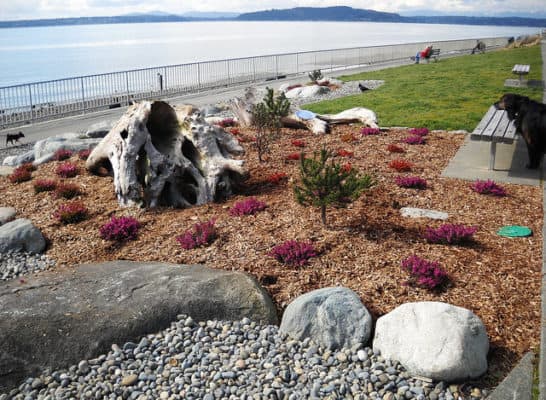 The Charles Richley Sr. viewpoint, which runs parallel to Beach Drive and looks out onto Puget Sound. (Photo by Seattle Parks/flickr) 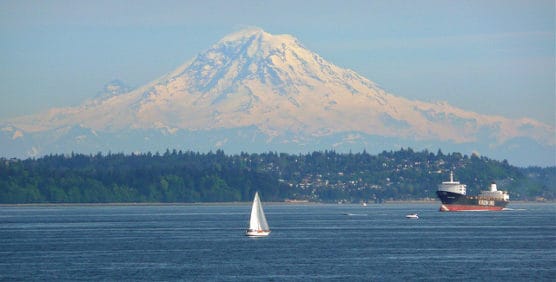 A view of Puget Sound and Mount Rainier near Seattle. (Photo by Chuck Taylor/flickr)

Nestled along the shoreline of Puget Sound with the peaks of the Olympic Mountains off in the distance, Seattle typically sees some of its mildest and driest weather of the year in September. Temperatures average between the low 50s and the upper 60s/low 70s, and rainfall totals average just over 1.6 inches — making September the city’s fourth-driest month of the year.

See the race route map for the Orca Half here.

To reserve your spot in the 2023 running of Seattle’s Orca Half Marathon, register online at RunSignUp.com here.

Ever run in the Orca Half? Share your impressions here, as well as anything you learned about the race that you think other runners/walkers should know.