Note: This race has been discontinued.

Runners start their race in the heart of the Seattle Center and finish in the shadow of the famed Space Needle the Rock ‘n’ Roll Seattle Marathon & Half Marathon, which is set to make its 12th annual running in 2022 along a course that features stretches along Lake Union and Puget Sound.

Starting in the heart of the Seattle Center, the half marathon course unfolds first by heading south along 5th Avenue, taking runners around the downtown business district.

After reaching Columbia Street, runners head into the Columbia Tunnel and start running north along the I-5 express lanes toward Fremont. The course continues along Lake Union and back into the Queen Anne neighborhood, an area known both for the hill and the early architecture by the same name (and yes, you do get to tackle the hill) before finishing back at the Seattle Center.

More than 14,200 runners took to the city’s streets and crossed the finish line in both races combined in the summer of 2016 — with more than 11,700 runners finishing the half marathon alone. The race will be open to wheelchair competitors as well as runners, and all participants are invited to a post-race concert the night of the race at the Seattle Center.

Runners will have a course time limit of 4 hours to complete the half marathon and 7 hours to finish the full marathon, which means that walkers as well as runners are encouraged to take part in the race. 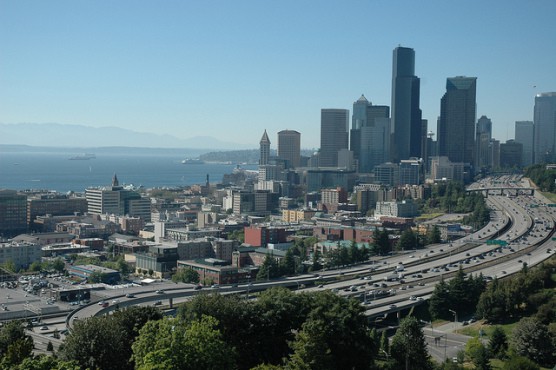 Well-known as a city that sees plenty of its share of rain and clouds in the fall and winter seasons, Seattle enjoys generally warmer temperatures and sunnier, more pleasant weather in the summer, which also brings the city’s driest weather of the year.

To reserve your spot in the summer 2022 running of Seattle’s Dodge Rock & Roll Seattle Marathon or Half Marathon, visit the event website below.

Ever run in the Rock ‘n’ Roll Seattle Half Marathon? Share your impressions here, or post your review in the Comments below.