Known for its gorgeous natural beauty along the banks of the Columbia River as well as the dramatic views of Mount St. Helens and Mount Hood to the north and the Cascade Mountains to the east, Vancouver welcomes a few thousand runners and walkers each year for the Vancouver USA Marathon, Half Marathon & Freedom 5K.


The weekend of running events — the Freedom 5K and Kids Marathon races take place on Saturday morning, while the 26.2-mile full marathon and 13.1-mile half marathon are set for Sunday — is the brainchild of a group of runners headed by Brian Davis, the race director for the locally-based Energy Events organization that stages five races around the Vancouver area throughout the year.

From the starting and finish line area at Vancouver’s Esther Short Park — known for the beauty of its towering trees, its 69-ft. bell tower and for its annual Wine & Jazz Festival — runners head out on what is roughly a clockwise loop route through the city, with stretches that include runs through the Fort Vancouver National Historic Site and the trails that unfold alongside the waters of the Columbia River flowing by.

Largely fast and flat throughout most of the 13.1-mile course, the half marathon offers runners what is probably its steepest hill around the mid-way point of the race, as runners are making their way along Evergreen Boulevard on their way toward the turn at Winter Park along the river.

Once runners hit the high point at about the mile 7 marker, the course then heads downhill again and remains flat for most of the rest of the race.

The race is open to runners and walkers, and they will have 5 hours to complete the half marathon course. As runners are crossing the finish line and after, organizers plan to have an after party with live music and a beer garden in Esther Short Park. 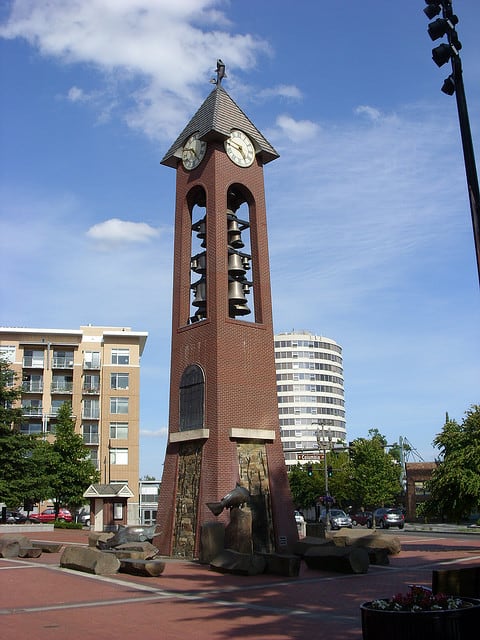 Nestled along the northern side of the Columbia River in southwestern Washington, roughly 10 miles north of downtown Portland, Ore., Vancouver typically sees mild to moderately warm weather in September, which has brought record temperatures here as low as 28 degrees (in 1970) and as high as 103 degrees (in 1988).

See the race route map for the Vancouver USA Half Marathon here.

Ever run in the Vancouver USA Half Marathon? Share your impressions here, or post your review in the Comments below.