Runners choose the races they run for many reasons: to improve their fitness, to see a new city, or to prove to themselves that they can, in fact, run 13.1 miles. However, participation in this year’s UC Half Marathon in Charleston, West Virginia, gives racers a chance to make a positive change in the world, by contributing to educational opportunities for University of Charleston students.

Teaming with the university health and fitness program “UC is Losing It,” university students have historically scheduled the race during the same weekend as the annual Governor’s Cup Regatta, a collegiate rowing competition typically consisting of 12-18 men’s and women’s teams.

Along with the rowing races, the Saturday of the competition usually includes other family orientated features such as games, live music and food vendors, and this year’s affair even includes a concert from the UC steel drum band.

In addition to the University of Charleston, other schools (Penn State, for example) come from as far as Michigan and North Carolina to compete at the event.

The completely student-managed race will begin and end right in the University of Charleston parking lot on Cherokee Avenue (right across from Riggleman Hall). Participants will enjoy a relatively flat course that takes them alongside the Kanawha River, the largest inland waterway in West Virginia.

The other main section of the course (the return part of each loop), heads through the quaint residential streets of Charleston.

The paved course covers 13.1 miles in two loops, and contains roughly 20 feet of variations in elevation. In the first half, racers will head straight down Kanawha Avenue for roughly 2 miles before turning around at 57th Street SE and following Virginia Avenue SE back to the main campus with a few twists and turns along the way.

The second loop follows a similar path, substituting Staunton Avenue (which runs parallel to Virginia Avenue) for a portion of the return trip. The second loop is also a bit shorter, with the turnaround point being 51st Street instead of 57th Street. Runners will find themselves back at the campus for the race finish line. 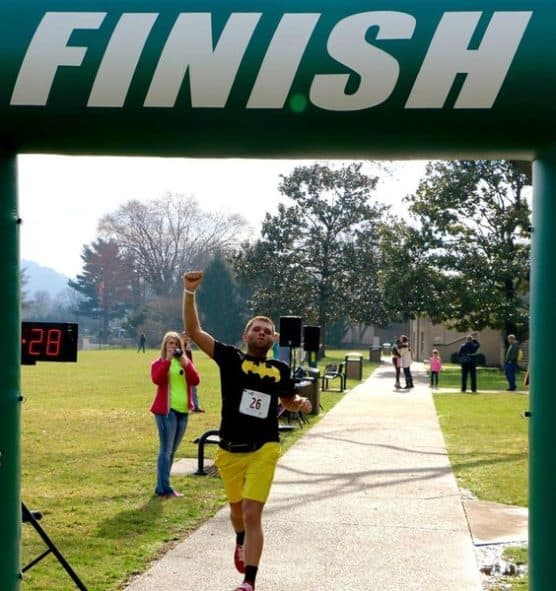 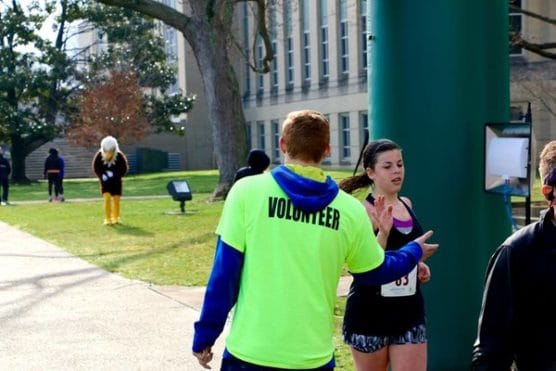 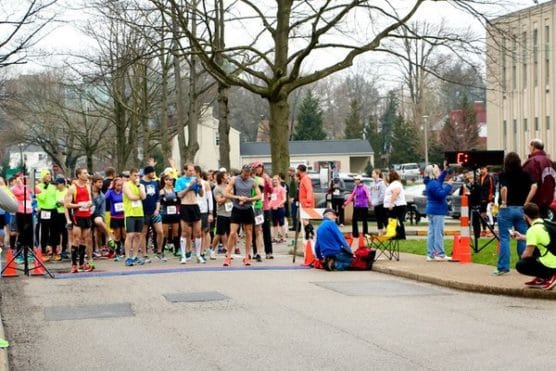 Located in the southwestern part of the state, about 77 miles south of Parkersburg and roughly 175 miles east of Lexington, Ky., Charleston can still see snowy weather in April, which brings temperatures that average between 42ºF and 67ºF.

See the race route map for the UC Half Marathon here.

To reserve your spot in the 2019 running of Charleston’s UC Charlie West Fest & Run Half Marathon or 5K race, register online at ChronoTrack.com here.

Ever run in the UC Half Marathon? Share your impressions here, or post your review in the Comments below.