A course filled with largely fast and flat racetrack roads around the Summit Point Motorsports Park, a road racing and driver training facility in rural West Virginia’s Eastern Panhandle, is what awaits runners at the VeteRun Half Marathon, 5K and Fun Run, which makes its fourth annual running in 2017.


As its name suggests, the race is designed to honor veterans, and proceeds from this year’s race will go toward helping complete the construction of the Veteran’s Pavilion at Summit Point, which will feature a memorial garden and an indoor pavilion to honor the sacrifice and service of veterans from the local area.

What’s the course like? Fast and flat, organizers say, thanks to where it will be run — on the racetracks that loop in spaghetti-like shapes around Summit Point Raceway. The surface is paved roads throughout, and runners will start and finish the race next to the parking lot on Summit Point Circuit.

It’s a double loop. You’ll get to run around three of the park’s racing and training circuits: the Summit Point Main circuit, a 10-turn, 2-mile-long track that dates back to 1970; the Jefferson Circuit, which features seven turns over 1.1 miles and was built in the late 1990s; and parts of the Shenandoah Circuit, which opened in the early 2000s and features more than 20 turns over its 2.2 miles.

Paul Newman raced cars here. The legendary “Cool Hand Luke” actor raced several of his early races here, though he went incognito on the track as he didn’t want to draw attention to himself.

It’s a walker-friendly event. There are no course time limits for any of the race distances, so runners as well as walkers are encouraged to come out and participate. 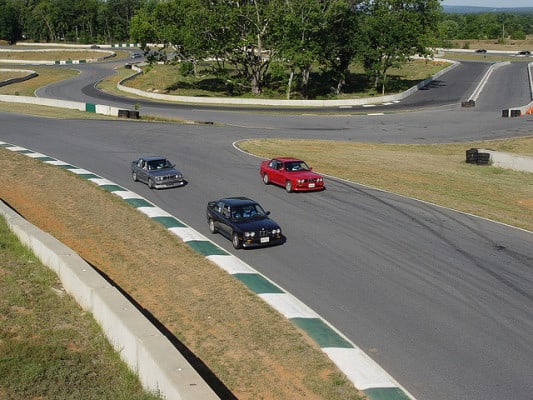 Located in the Eastern Panhandle region of West Virginia, about 70 miles northwest of Washington, D.C., Summit Point lies just a few miles from Charles Town, W.V., where March temperatures average between 30ºF and 52ºF and snowfall is still very possible this time of year — the city averages 5.4 inches of snow in March.

See the race route map for the VeteRun Half Marathon here.

To reserve your spot in the late winter 2018 running of Summit Point’s VeteRun Half Marathon or 5K race, register online at Active.com here.

Ever run in the VeteRun Half Marathon? Share your impressions here, or post your review in the Comments below.