Several hundred runners come out each year to take part in Milwaukee’s South Shore Half Marathon, one of 15 races hosted throughout the year by the locally based Badgerland Striders running club, and one that’s also sponsored by the Milwaukee County Parks system.


Run during a time of year that usually brings weather that can be quite cold — some years see sleet and rain during the race — the event takes runners from the South Shore Pavilion along Lake Michigan, on an out-and-back race along sections of the Oak Leaf Bike Trail, a system of more than 100 miles of paved trails that wind through the city for walkers, bikers, runners, inline skaters and more.

The major condition runners had to deal with over the past two years, however, has been the weather — snow and drizzling rain left some stretches of the race wet, mucky and muddy, which forced runners off the pavement and onto the sometimes sloppy wet grass in spots.

As a gift to participants before the start of the race, the Badgerland Striders organizers give out running gloves to help runners keep their hands warm during the race. Organizers note also that the course is USATF-certified, and runners are discouraged from using headphones during the race. 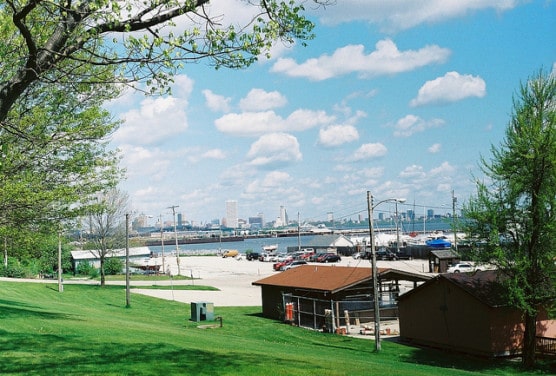 Located along the shores of Lake Michigan in Wisconsin’s southeastern corner, about 94 miles north of Chicago, Milwaukee typically sees cool to occasionally cold weather in early April, which has brought record temperatures here as low as 13ºF (in 1954) and as high as 92ºF (in 1980).

See the race route map for the South Shore Half Marathon here.

To reserve your spot in the early spring 2020 running of Milwaukee’s Badgerland Striders South Shore Half Marathon, register online at RunSignUp.com here.

Ever run in the South Shore Half Marathon? Share your impressions here, or post your review in the Comments below.