A run along long stretches of Milwaukee’s 118-mile-long Oak Leaf Trail is what awaits runners at the Brew City Half Marathon, which makes its 4th running this summer on an out-and-back course that starts and finishes at McKinley Park, which offers lakefront and marina views.

From there, runners will head first along the park roads and then jump onto the Oak Leaf Trail, a paved multi-use trail for walkers, runners and cyclists that stretches more than 110 miles around the city, and winds its way into all of its major parks and parkways.

The middle section of the course stays on the trail but strays from the river briefly as runners head toward the turnaround point in Lincoln Park. After the turnaround, runners retrace some of their steps through Lincoln Park and then south along the Oak Leaf Trail, this time branching off to a section closer to the river near mile 8 for another two miles of river views.

After that, they’ll head south to McKinley Park for the race finish next to where they started.

Beer and a live band will be waiting for runners at the finish line, organizers note, and runners will have 3 1/2 hours to finish the course. 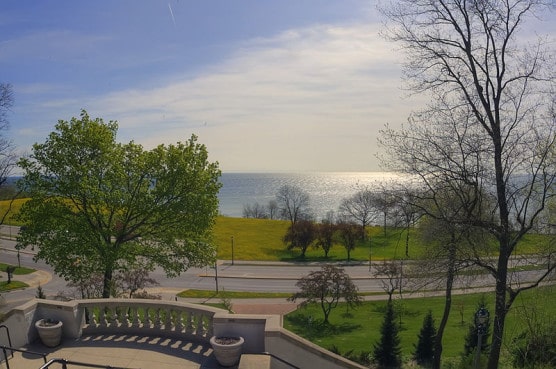 Nestled along the shore of Lake Michigan in southeastern Wisconsin, Milwaukee typically sees mild to warm weather in April, with temperatures typically ranging from the mid-50s to the mid-70s.

See the race route map for the Brew City Half Marathon here.

To reserve your spot in the 2023 running of Milwaukee’s Brew City Half Marathon or 10K race, register online at RunSignUp.com here.

Ever run in the Brew City Half Marathon? Share your impressions here, or post your review in the Comments below.