Set for its sixth annual running this year along the streets of this small city just north of Janesville and located near the southern edge of Wisconsin’s Kettle Moraine State Forest, this half marathon and relay offers gently rolling hills as well as a small-town, closely-knit community feel, evidenced by the hundreds of local volunteers who turn out for the race each year.


Whitewater, a city of just over 14,000 in Wisconsin’s southeastern corner, lies about an hour and a half from Chicago and takes its name from the white sand early settlers saw at the bottom of the pair of creeks that meet on the spot where it was founded, way back in the 1830s.

Today, the city is home to the University of Wisconsin-Whitewater and the Whitewater Nature Preserve, both of which you’ll run through or past during the race.

Runners will start the half marathon at the Whitewater Aquatic Center on West Walworth Avenue, in front of the campus of Whitewater High School.

From there, the race follows roughly a clockwise loop around town, running through parts of Whitewater Nature Preserve and later through Trippe Lake Park before heading back to the high school, where you’ll cross the finish line on the running track.

All of the half marathon’s 13.1 miles are run on paved surfaces, and the hills are mostly small — the race hits a peak elevation of just over 880 feet just after the start, and hits its lowest point of just below 800 feet right after the mile 4 marker. 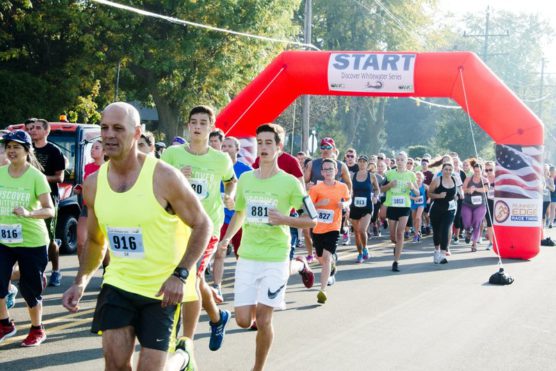 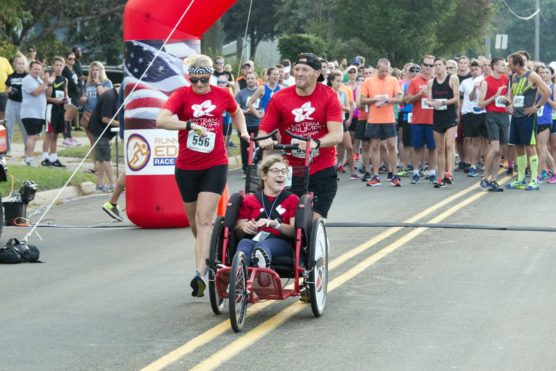 Located in southern Wisconsin, just miles from the state’s border with Illinois and roughly 100 miles northwest of Chicago, Whitewater typically sees some of its mildest weather of the year in September, when temperatures average between the upper 40s and the low 70s.

See the race route map for the Discover Whitewater Series Half Marathon here.

To reserve your spot in the 2019 running of the Discover Whitewater Series Half Marathon, Relay or 5K race, register online at RunSignUp.com here.

Ever run in the Discover Whitewater Series Half Marathon? Share your impressions here, as well as anything you learned about the race that you think other runners/walkers should know.