Part of the Apple Dumpling Days festival, held every year on the first Saturday after Labor Day in the scenic town of Elroy, Wisconsin, the Elroy Lions Club staged its first-ever Tunnel Trails races in 2007, with a 5K run/walk and a kids fun run last year, and added the event’s first-ever half marathon in 2008 and full marathon in 2013.

Elroy is the center of three abandoned railroad beds that have all been converted to bike trails. These three trails are the Juneau County Omaha Trail, the Elroy-Sparta Trail, and the 400 Trail.

The trails provide a good running surface, a nice amount of shade, and great scenery for the runners. All runners will receive a race T-shirt, a free apple-dumpling, medals for the top finishers, as well as refreshments (water, sports drink, soda) at the end of the race.

This half marathon is unique in that it uses three different bike trails and features a fascinating tunnel. The race begins in the charming village of Hustler, Wisconsin.

All runners will board buses at the Elroy City Park and head to Hustler, arriving there for the race start at 8:00 AM. Shortly after the start of the race, participants will enter the peaceful and secluded Juneau County Omaha Trail, heading south towards Elroy for about 10 miles. Runners will pass through the tunnel after about three miles of the run.

Built in 1876, the tunnel is 875 feet long and is preceded by a gradual incline up to its entrance, as well as a gradual decline afterwards. If necessary, organizers will add lighting to help ensure safety, but the runners should use precaution and good judgment while running in the tunnel.

Upon entering Elroy, the course will take a short wind through Kimball Avenue and then a one-mile trek on County PP. There, the runners will take the Elroy-Sparta Bike Trail into Elroy, pick up the 400 Trail, and enter the Elroy City Park for the finish line.

When on the course, runners should remember that they will encounter some bicycle traffic along the way, so they’ll need to take precautions as needed. Water and sports drink will be provided at regular intervals (1 to 2 miles) and cookies/energy bars will be provided during the last three miles. 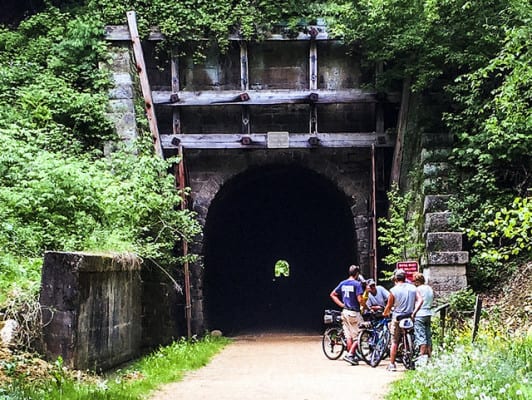 The tunnel on the Elroy-Sparta Trail. (Photo by Kenneth Casper/flickr) 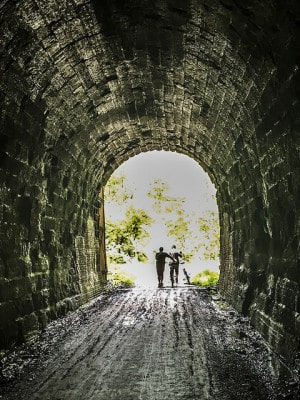 Inside the tunnel. (Photo by Kenneth Casper/flickr) 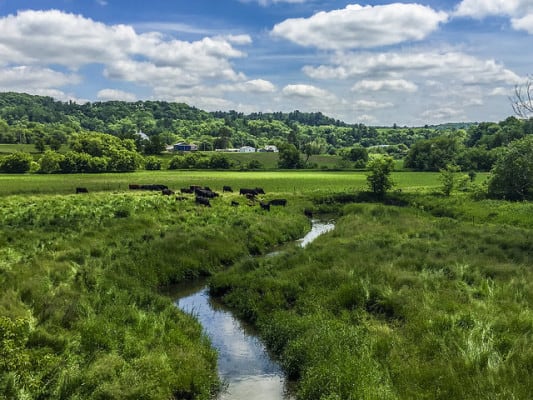 Located in southern Wisconsin, about 78 miles northwest of Madison and roughly 150 miles northwest of Milwaukee, Elroy typically sees mild weather in September, which has brought record temperatures here as low as 23°F (in 1967) and as high as 96°F (in 1978).

To reserve your spot in the 2023 running of any of the race distances at the Elroy Apple Dumping Races (including the half marathon), register online at RunSignUp.com here.

Ever run in the Elroy Apple Dumping Day Races? Share your impressions here, or post your review in the Comments below.