Surrounded by bluffs that tower over the flat river plain on which much of the city sits, the Wisconsin city of La Crosse welcomes thousands of runners and walkers to the Festival Foods Grandad Half Marathon, Relay & 5K Run/Walk, which replaced the La Crosse Fitness Festival Marathon held here in recent years.


The event takes runners through southern Wisconsin’s Mississippi River Valley, often called the Coulee Region thanks to the plentiful narrow river valleys between the mountain ridges that surround the area. A few thousand participants take part in the race’s running, walking and cycling events each year.

While in past years the race started in La Crosse’s Pettibone Park, today the race starts in Grandad Bluff Park, which looks over the city from the east. Runners will start the race on the road inside the park and run the first two miles of the half marathon through the park, following a sloping downhill stretch for the first couple of miles.

Following Bliss Road as it heads out of the park toward the eastern edges of La Crosse, the course then unfolds along what is best described as a roughly U-shaped course through the city, along a mix of straightaways and many twists and turns through the city’s streets and neighborhoods, especially in the middle miles of the race.

As they make their way through the second half of the race, runners spend a lot of their time along the banks of the river, along the stretches that run roughly parallel to South Avenue and Mormon Coulee Road.

There’s a nearly two-mile-long stretch on the bike paths that parallel 33rd Street South, all the way down to the southernmost point of the course, where the bike path meets up with Mormon Coulee Road. From there, the course stays within shouting distance of the Mississippi flowing by, heading north past Running Slough and Bluff Slough.

After running through a number of residential areas and business districts — and stretches through Green Island Park and Houska Park — the race finishes on the bike path that lies just south of Riverside Park, along the Mississippi shoreline. 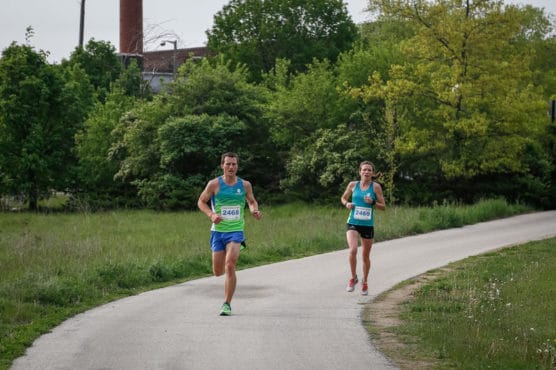 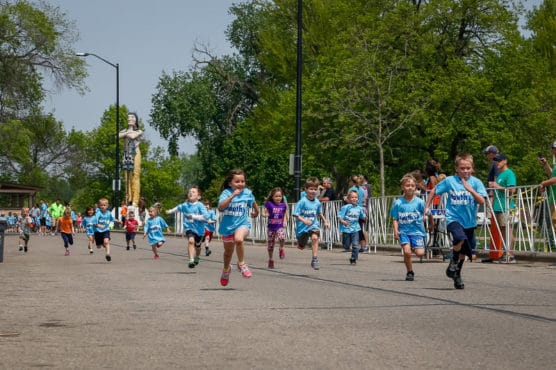 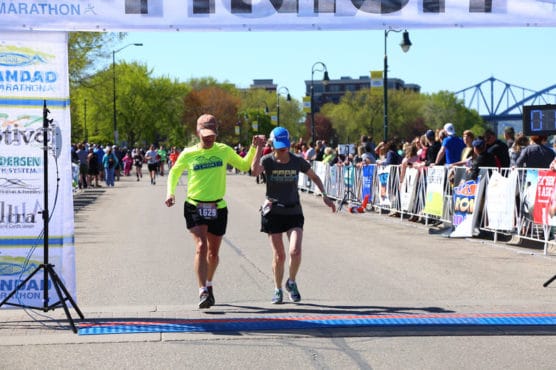 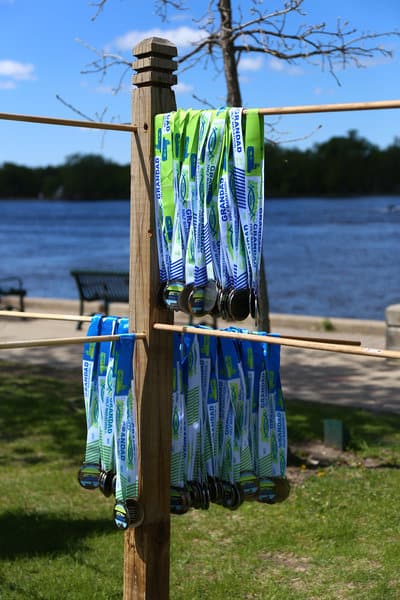 Nestled along the banks of the Mississippi River that splits the border between Minnesota and Wisconsin, La Crosse typically sees mild to moderately cool weather in the mid- to late spring, during a month that has brought record temperatures here as low as 26 degrees (in 1989) and as high as 107 degrees (in 1934).

See the race route map for the Grandad Half Marathon here.

4 hours, which means a pace of 18 minutes, 27 seconds per mile or faster

The race is open to runners and walkers, though not to wheelchairs (due to the downhill nature of the course).

To reserve your spot in the 2022 running of La Crosse’s Festival Foods Grandad Half Marathon, Relay or 5K Run/Walk, register online at ChronoTrack.com here.

Ever run in the Grandad Half Marathon? Share your impressions here, or post your review in the Comments below.

See more races in: May, Wisconsin