Set for its 9th annual running along the fast (and very flat) crushed limestone and dirt trails that make up the Three Eagle Trail, built on an old railway line that stretched between the cities of Eagle River and Three Lakes, this race offers up a gentle course and the gorgeous scenery of Wisconsin’s fall foliage, as the leaves will be turning every shade of red, orange and gold this time of year.


Run the old Chicago and North Western Railway. The trail you’ll run was built on portions of the railway line whose service lasted from the 1880s to the 1950s. Just shy of five miles of the Three Eagle Trail are built on top of the old railway, while the rest of the 12.7-mile-long trail criss-crosses through fields and forests and alongside streams and creeks.

You’ll start the race in Eagle River, a city of just over 1,100 that lies just west of the Chequamegon Nicolet National Forest, next to the Dairy Queen on West Pine Street. (You’ll get there by taking a shuttle from the Reiter Center in Three Lakes.)

Once you leave the starting line, you’ll jump right onto the Three Eagle Trail and stay on it for the next three miles, turning off just before you reach the mile 3 marker to get on Sundstein Road. You’ll follow the road for just over a mile, and then return to the trail.

Soft, flat terrain. You’ll remain on the trail for the rest of the way in to Three Lakes, crossing boardwalks and a bridge along the way. There will be pumpkin mile markers at every mile along the route, and you should be running at the peak of the fall season here in the region known as the Wisconsin Northwoods.

You’ll turn off the trail between miles 12 and 13 and run a brief stretch along the roads again before heading into Don Burnside Park, where you’ll cross the finish line.

Proceeds from the race will benefit the Three Eagle Trail and the Three Lakes Track & Field and Cross Country programs in local schools. 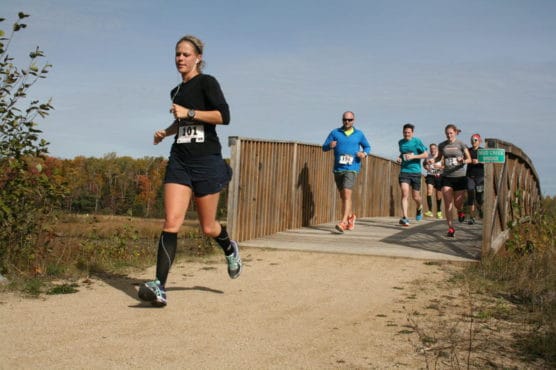 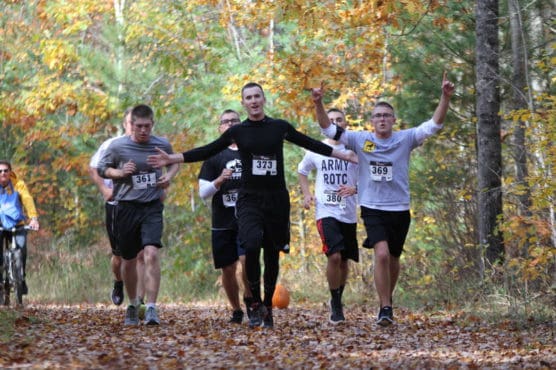 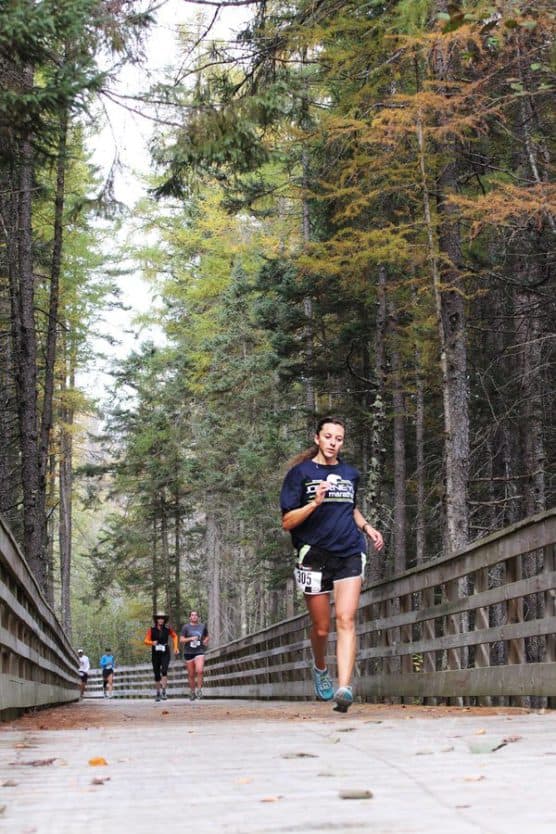 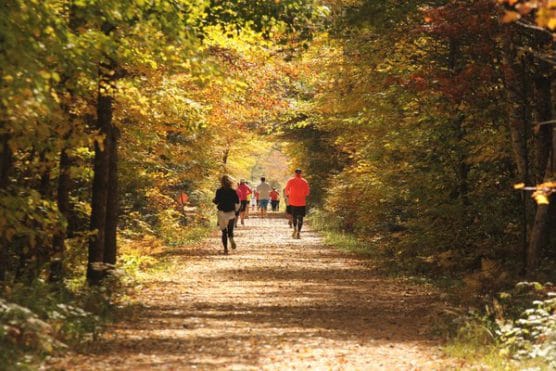 Nestled along the river from which it takes its name in northern Wisconsin, about 240 miles north of Milwaukee, Eagle River typically sees pretty chilly weather in October, which averages between the mid-30s and the mid-50s, and rainfall here is spread pretty evenly throughout most of the year.

See the race route map for the Three Eagle Half Marathon here.

To reserve your spot in the 2022 running of the Three Eagle Half Marathon or 5K race, register online at RunSignUp.com here.

Ever run in the Three Eagle Half Marathon? Share your impressions here, as well as anything you learned about the race that you think other runners/walkers should know.