Mountains, forests and single-track dirt trails through the wilderness – that’s what awaits at September’s Wolf Creek Wrangle, a trail run that winds among the Bighorn Mountains of northern Wyoming that surround Eatons’ Ranch, the oldest operating dude ranch in the West (as well as the rest of the United States).

The race, which is organized by Habitat for Humanity of the Eastern Bighorns and doubles as a fundraiser for the shelter and home-building nonprofit, follows an out-and-back course that starts and finishes on the grounds of the ranch, and is also one of Trail Runner Magazine’s Trophy Series Trail Runs this year.

“Longer than advertised.” From the starting line at the ranch, the race heads onto the dirt roads that lead toward the nearby unincorporated community of Wolf and then into the hills and mountains, along cattle roads and dirt trails that organizers say “are a little longer than advertised.”

After that, you’ll head downhill again between miles 5 and 7, and then hit another uphill stretch again between miles 7 and 9, which involve a second climb of some 900 feet. This stretch will bring you just inside the Bighorn National Forest, with views of She Beat Mountain, Walker Mountain and Big Mountain off in the distance.

The race finishes back at Eatons’ Ranch, where there will be a barbecue lunch waiting for all participants and prizes for the top three male and female finishers in each age group.

Run the oldest dude ranch in America. You’ll be running through a piece of Wyoming history when you run Eatons’ Ranch, which was established at its current location back in 1904, when the three Eaton brothers pulled up their stakes from the ranch they’d already built in North Dakota and moved it to Wolf Creek, Wyoming.

They’d built the ranch there as a place to raise their horse and cattle, but found that as soon as they’d finished it, friends and family from back East came out almost immediately to stay with them, some for months at a time.

They realized they should start charging for room and board and began building a bustling lodging business, and thus their dude ranch was born. 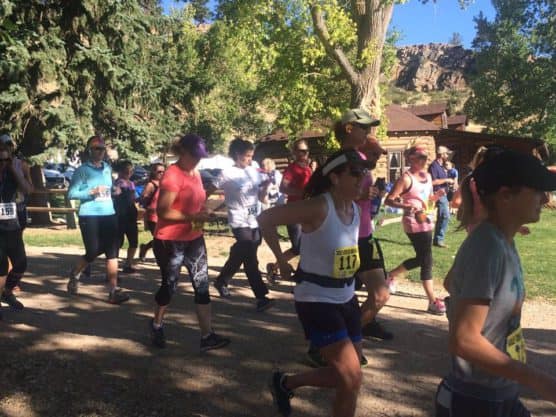 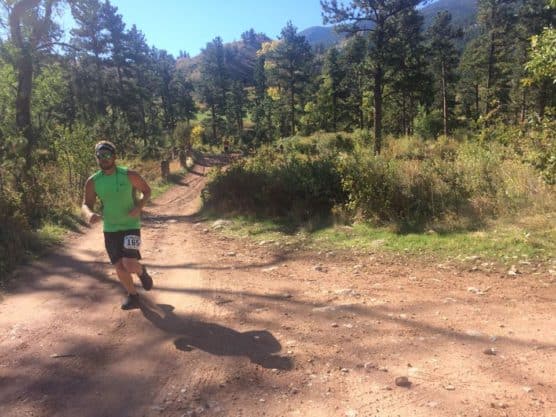 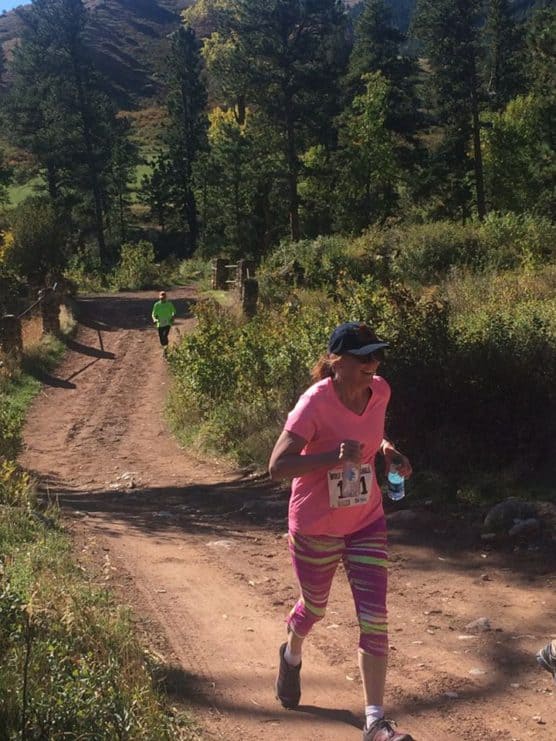 Nestled at 4,500 feet among the mountains of northern Wyoming, just north of Bighorn National Forest roughly 2 hours from Cody and about 4 hours from Yellowstone National Park, Wolf typically sees cool to moderately warm temperatures in September as well as its first snowfall, as 2 inches of snow falls here on average during the month.

To reserve your spot in the 2022 running of the Wolf Creek Wrangle Trail Run Half Marathon, 10K or 5K race, register online at ItsYourRace.com here.

Ever run in the Wolf Creek Wrangle Trail Run Half Marathon? Share your impressions here, as well as anything you learned about the race that you think other runners/walkers should know.