12 Great Races for the First-Time Half Marathoner 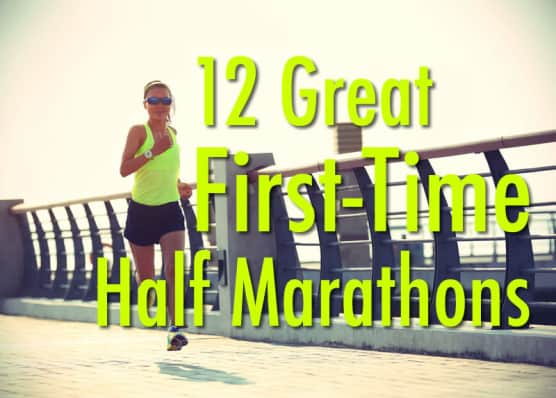 The start of the year brings thousands of runners to one of the South’s (and the nation’s) most gorgeous coastal cities for this race, which shows off Charleston’s southern charm by starting off in the famous district called “South of Broad.” Thanks to its location, the race is very flat.

This Valentine’s Day race unfolds through some of Charlottesville’s most beautiful neighborhoods near the University of Virginia campus, and runners are encouraged to wear t-shirts that signal their relationship status: Green means “single and ready to mingle,” while red means you’re in a relationship. A yellow shirt says “it’s complicated.”

A mostly fast and flat — and scenic — run through the streets of Miami awaits the more than 3,000 runners and walkers each year at this race, which offers ample views of the ocean waves crashing against the shore and the art and architecture of the city’s world-famous South Beach.

This nearly all-flat springtime race takes runners on a tour of the parkland areas just south of Cleveland known as the Ohio & Erie Canal Reservation, a park filled with hiking and walking trails, over four miles of canals and plenty of wildlife.

5) Avenue of the Giants Half Marathon • Weott, CA

The first of two races that unfold among the majestic redwood forests of California’s Humboldt Redwoods State Park, this late spring race was once described by Runner’s World as one of the nation’s most beautiful running routes, and features a 6-hour time limit.

The double-loop course for this race — which Runner’s World’s Bart Yasso named as one of his favorites a few years back — starts in Simsbury, a rural suburb of the state capital Hartford. From there, it meanders past historic farmhouses, rolling country roads and across the Farmington River.

You’ll run through the Windy City’s downtown streets and across the Chicago River at this race, which also unfolds past the parks along Lake Michigan, taking runners past Soldier Field, the Field Museum, the Shedd Aquarium and through Grant Park before finishing in front of the Buckingham Fountain.

The largest city in Northern California’s wine growing region opens up the paths along its Santa Rosa Creek and Prince Memorial Greenway for this late summer race, with only gentle (and mostly imperceptible) rises and falls in elevation along a mixture of terrains, from gravel and dirt paths to paved paths.

The race takes runners on an out-and-back 13.1-mile loop that starts in and finishes near Misquamicut State Beach, a half-mile-long beachfront area that’s one of the state’s more popular summertime beach resorts. The race finish lies on Atlantic Avenue, a block from the Sandcastle Beachfront Inn.

Named for the Silver Comet train that ferried passengers back and forth from Atlanta to Anniston, Ala., in the 1940s and 50s, this converted rail trail offers very flat paved terrain and gorgeous fall colors.

From the start and finish line at the Navy-Marine Corps Stadium, runners follow an out-and-back course through the city’s historic downtown and around the campus of St. John’s College, across the bridge that spans the Severn River, and later along the Baltimore and Annapolis Trail.

Runners spend a stretch of their time along the Rehoboth Beach boardwalk at this early winter race, which also dips into nearby Cape Henlopen State Park and is known for its friendly, welcoming atmosphere.

Next post: 5 Popular Running Apps: How They Stack Up