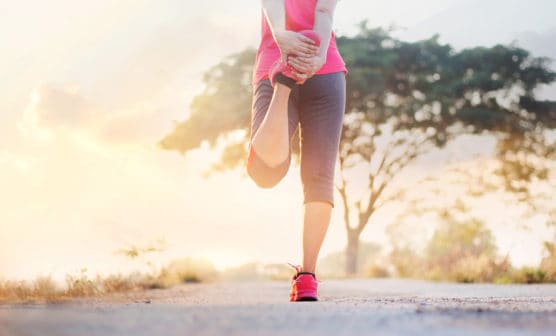 “As long as my heart’s still in it, I’ll keep going. If the passion’s there, why stop?…
There’ll likely be a point of diminishing returns, a point where my strength will begin to wane. Until then, I’ll just keep plodding onward, putting one foot in front of the other to the best of my ability. Smiling the entire time.” — Dean Karnazes


1) Gateway to the Smokies Half Marathon

If you’ve ever traveled to western North Carolina, you know what you’ll encounter here — lush, green, tree-covered mountains just beyond the wilderness of Great Smoky Mountains National Park, the former of which is the most visited national park in America.

Run in a tiny unincorporated community in eastern West Virginia, this half unfolds along the Allegheny Highlands Trail, a 24 1/2-mile-long trail along the old West Virginia Central and Pittsburg Railway, which dates back to the 1880s.

What could be more of a small town race than a half in John Mellencamp’s hometown? That’s exactly what you get here, at a race that along flat and wide-open terrain with fields dotted only by houses and barns, the places Mellencamp wrote about in songs like “Small Town” and “Pink Houses.”

Run along the gorgeous, tree-covered hills and woodlands of Berkshire County, this race starts in Lanesborough and finishes 13.1 miles later in nearby Adams. The trail’s 10-foot-wide path is paved and flat, and there are only three turns throughout the entire race.

Named for the state park where the course starts and finishes, this race takes runners and walkers on a tour of the oceanfront highways and the scenic country roads of this small town along the New Hampshire coast, home to just over 5,000 souls

Set for its 4th annual running in this small southeastern Pennsylvania town, which lies less than an hour’s drive from Philadelphia, this race follows a loop route through the gorgeous, rolling horse country here.

Run along the Fox River Trail — a paved pathway for bikers, walkers and runners that stretches more than 38 miles along the river it’s named for — at this early summer 13.1-miler that’s less than an hour’s drive from downtown Chicago.

Widely known for its vineyards as well as for its farms that grow strawberries, salad greens, tomatoes and lettuce — earning the valley its nickname as “America’s Salad Bowl” — this half welcomes as many as 1,000 runners each year to this small Central Valley town.

The comforts and friendliness of this small Idaho earned this race its well-deserved raves as one of the nation’s best by the authors of “From Fairbanks to Boston, 50 Great U.S. Marathons.” Scenic and challenging, the race starts in the foothills of the Targhee National Forest and finishes in downtown Ashton.

11) Running Over Addiction Half Marathon

Set for its 3rd annual running this summer along the winding Susquehanna River, this race also serves as a fundraiser for prevention and treatment efforts for those fighting addiction in the local area.

Set for its annual late summer running along the coast of Lake Michigan, here in this peaceful and scenic small town on the state’s Lower Peninsula, this half unfolds along paved roads and biking trails past Lake Michigan and Lake Macatawa.

Set for its annual running here at just above 10,400 feet above sea level here in Colorado’s central Rockies, this half follows a point-to-point route that unfolds along a combination of paved roads and recreational paths, all the way to the finish line in this ski resort town.

Set for its inaugural running this fall along the rolling country highways of this tiny hamlet in the Catskill Mountains of New York, this race runs through beautiful scenery along an almost all-downhill race, and will have craft beer for every finisher.

Run along the rolling country roads just outside this one-square-mile borough in southeastern Pennsylvania that’s become world-famous as the “Mushroom Capital of the World,” whose mushroom farmers produce more than a million pounds of the humble fungi every week.

Get ready to run through what locals call “the friendliest town in the South” at this race that’s run through the mountains of western North Carolina but also features some of the flattest terrain you can find at a mountain race.

Bonus race: Wheels Off Half Marathon

We’d already titled and created images for this post and realized there was one race we forgot. This half, part of the North Shore Run that also features a full marathon for inline skaters, isn’t in as small a town as most of the above, but it still has a small town feel — and you get to look out onto the beautiful blue water of Lake Superior for most of the race.

Previous post: 23 Half Marathons to Plan Your Vacation Around