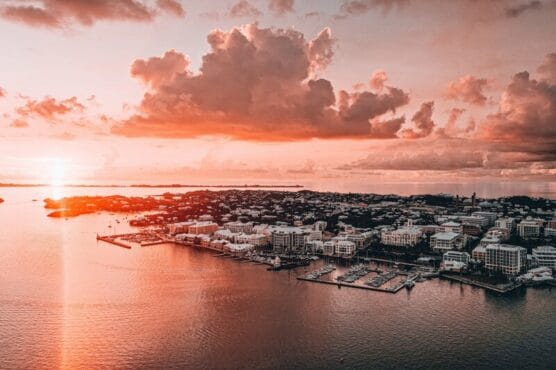 Photo by Reilly Durfy on Unsplash

“Bermuda is the right country for a jaded man to loaf in. There are no harassment; the deep peace and quiet of the country sink into ones body and bones and give his consciences a rest.” — Mark Twain

From the starting line at the Bermuda Aquarium, Museum and Zoo in Flatts, a sleepy little fishing village near the airport at the northeast corner of this small island nation, this annual springtime race follows a 4.6-mile loop along Harrington Sound Road. You’ll take in views all along the way of crystal-blue water, swaying palm trees and homes topped with white stepped roofs, which collect rainwater here on an island that has no natural springs, rivers or lakes of its own.

Featuring a one-miler on Friday, a 10K on Saturday, and a half and full marathon on Sunday, this weekend full of races brings hundreds of runners to the streets of Bermuda’s capital city for a big, looping run around this 21-square-mile island out in the Atlantic, just off the coast of North Carolina. From the starting line in Barr’s Bay Park, you’ll follow a rolling route around the island — there are some hills, but also plentiful views of the crystal-blue ocean as well as Bermuda’s famed pastel-colored houses with stair-step ceilings. (When I ran this race many years ago, participants’ names and race numbers were printed in the local newspaper on the day of the race, so people would call out my name as I ran by through their neighborhood.)

Run on “Bermuda Day” — a holiday whose roots date back to 1902, when it started as a celebration of Britain’s Queen Victoria, but today marks the start of summer on the island nation — this race that had its first running back in 1909. Today the half marathon follows a winding point-to-point course from St. George’s Island with views of the clear blue water for most of the way, past the Bermuda Aquarium & Zoo and along the famed Front Street in Hamilton, to the finish line in Bernard’s Park. The race also offers a 4-person relay; you’ll need to have lived on Bermuda for at least 6 months in order to win an age group award.

This 7.2-mile race that’s open to both runners and walkers unfolds almost entirely along the Hamilton Harbor waterfront, where you’ll get to take in views of the sailboats, cruise ships and beautiful homes that line the sides of the harbor. Run the week before the island’s big international marathon, the race begins at the headquarters of Gosling’s Rum in Hamilton, and from there follows Harbour Road around the edges of the water for most of the race, which finishes on the sand at Middle Beach, overlooking Horseshoe Bay.

Bermuda also hosts additional races I think you’d like, but don’t yet have announced dates for 2021 or 2022, including:

Next post: Should We Add Training Plans in Kilometers?