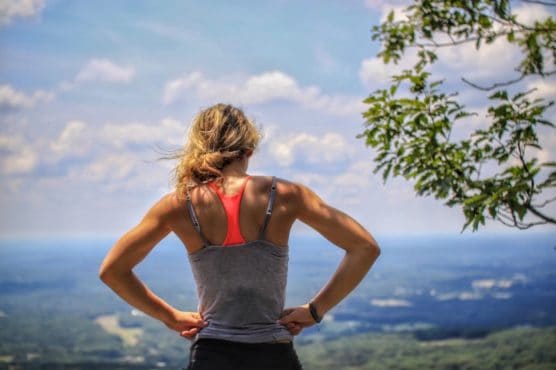 When you run the streets of this coastal Florida city, youll run through the oldest part of American history there is — St. Augustine was reached as early as 1513 by the Spanish explorer Ponce de Leon, and was officially founded in 1565 by Pedro Menendez de Aviles, another Spanish explorer. All of that will be on display as runners make their way through the streets of its historic downtown and across the Matanzas River (twice), including a stretch along the edges of Anastasia State Park and past the Castillo de San Marcos National Monument, a military fort that was built in the 1670s and once was part of the Spanish empire, helping to protect the treasure ships that set sail from here on their return to Spain.

Timed to coincide with the time of year when the fall foliage viewing season is at its peak here in central Vermont, this race will take runners along the Winooski River that separates the small towns of Waterbury and Duxbury, both of which lie about a half-hour drive from Burlington. From the starting line at Waterbury’s Keuring Green Mountain Complex, the race will head south through town and then onto River Road, on which you’ll stay for the next few miles until you reach the turnaround, and head back to Waterbury for the race finish.

First run in 1985, when a Montana State University professor named Ed Anacker came up with the idea for it, this nearly 20-mile race is famous for its brutal climbs and descents along the Bridger Ridge Trail, set along a narrow crest that links several peaks a few miles east of Bozeman. You might experience anything from blazing sun to fog, hail and even snowstorms out on its highly technical trails, known for their ankle-twisting uneven footing, and see everything from mountain goats up on Sacagawea Peak (elevation 9,604 feet, by the way) to thousand-foot drops along the sides of a trail that squeezes to only about a foot wide in some places.

Blackwater River State Forest, which spans more than 200,000 acres along the Florida panhandle and is named for the golden brown river that meanders through it, is the setting for this fall trail race. You’ll run along a challenging series of trails through its longleaf pine woods — which once covered more than 60 million acres across the Southeast — starting from the Krul Lake Recreation Area inside the forest, and run an out-and-back loop that circles a lake called Bear Lake deep in the forest. It’s run at a time of year when temperatures should fall between the upper 40s and the upper 60s, perfect for running.

The desert landscape of southern Nevada — combined with majestic views of one of the most awe-inspiring man-made structures anywhere in the world — are both on display at this late fall race, which unfolds along a combination of paved roads and portions of the River Mountains Loop Trail. You’ll also run through a series of small tunnels along the trails, which were used in the 1930s to ferry men and materials back and forth between the Hoover Dam and nearby Boulder City. The dam’s distinctive pale curved arch will be visible as you approach it from the Nevada side (you’ll be looking over into Arizona once you get there), taking a series of switchback trails up to the overlook — one of the most stunning sights anywhere in the country.