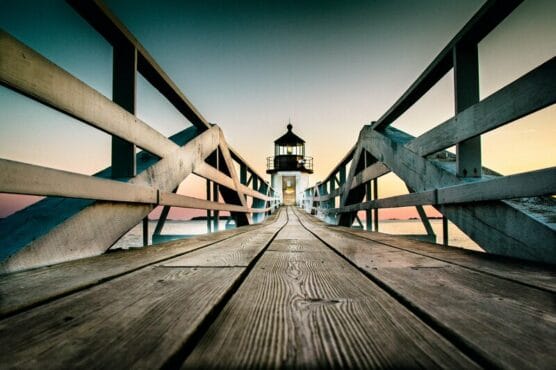 Photo by Donald Giannatti on Unsplash

“There’s a quality of life in Maine which is this singular and unique, I think. It’s absolutely a world onto itself.” — Jamie Wyeth

Runners get a chance to enjoy the tranquil, peaceful beauty of the region known as Midcoast Maine and raise money for the locally based 4-H camp and learning center at the late summer running of Tenants Harbor’s Blueberry Cove 13.1 race, set here along the gorgeous rocky St. George peninsula that looks out into the harbor from which the town gets its name.

Set for its 10th annual running this year along the shores of Lake Auburn here in the “Twin Cities” region of southwestern Maine — named for Lewiston and Auburn, the two cities that lie right next to each other along the banks of the Androscoggin River — this race unfolds around the lake and features views of the nearby hills, mountains and forests throughout.

A stunning run through Maine’s Acadia National Park, the only race of its kind that actually runs through the grounds of a U.S. national park, and takes place at a time when the autumn leaves are turning brilliant shades of orange, red and gold. Most of the race unfolds along the 47,000-acre park’s carriage roads, built by the philanthropist John D. Rockefeller between 1913 and 1940 to offer a way for “city-folk” to escape the urban jungle and get away to the park’s seashores, forests and lakes. Today they’re filled year-round with walkers, hikers, bicycles and horse-drawn carriages — but no cars.

You’ll run just a few feet above sea level as you make your way along the shoreline of the Wells National Estuarine Research Reserve at this early fall race, which starts at the northern tip of a peninsula overlooking the water. From there, you’ll run past Wells Harbor, along the edges of dunes, over a wooden boardwalk and a footbridge, taking in views of the oceanfront scenery throughout.

If you’ve ever wondered what it might be like to walk or even run along an airport runway — and by the way, is there any race course more assured of being fast and flat than an airport runway? — you’ll get your chance at this race, which unfolds right on the runway of the Naval Air Station Brunswick, one of the flattest race courses you can imagine.

Mostly flat and beautifully scenic thanks to the trails, parks and waterfront of its popular Back Bay area, all three races in this event follow an out-and-back course that starts and finishes along the southern end of the Back Cove, the inner bay area near downtown Portland that’s a popular spot for running, walking and biking thanks to the paved trails that hug the shoreline virtually the entire way around.

Runners get the chance to look out onto the beach, run across bridges and around the popular Back Cove Trail along the waterfront at this half, which starts along the Old Port overlooking the Casco Bay and East End Beach, Portland’s popular public beach area. After a brief run on the Western Promenade, the rest of the course takes place along the water, returning runners to sea level and treating them to the stunning views of the Fore River.

Tagged as: Maine Half Marathons