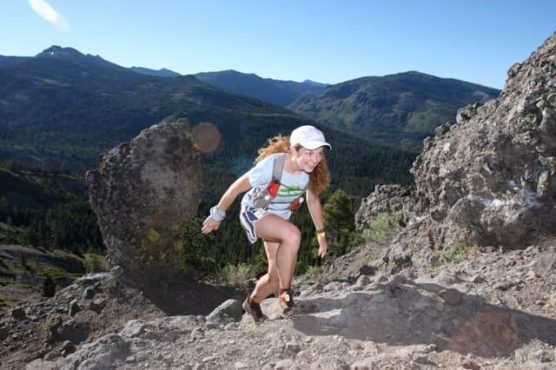 When it began in the mid-1950s, this now-legendary trail run was actually a horseback trail ride along the Western States Trail through California’s Sierra Nevada Mountains. In the 1970s, the first runners attempted it and this now-legendary race was born, a run with stretches through snowpack as well as through scorching heat and sun, as you’ll climb more than 18,000 feet and descend more than 20,000 feet during the course of your 100 miles. It’s among the world’s most sought-after ultra races, as more than 5,000 aspirants applied for its 369 spots last year.

This legendary race through Colorado’s Rocky Mountains is known as the “Race Across the Sky,” for its stunningly beautiful — and daunting — out-and-back course that climbs up to 12,600 feet above sea level at Hope Pass, its highest point. First run back in 1983, the race was founded as a way to draw interest from tourists — when a Leadville hospital administrator was told about race co-founder Kenneth Chlouber’s plans for the event and reportedly said to him, “You’re crazy! You’ll kill someone!” Chlouber is said to have responded, “Well, then we will be famous, won’t we?”

It’s been called one of America’s most scenic trail races by Trail Runner magazine, thanks in large part to its location along the Ice Age Trail, which was formed by the receding of the Wisconsin glacier some 13,000 years ago. Today it’s part of the Kettle Moraine State Forest, a place filled with 18,000 acres of forests, ponds, marshes, and wide-open prairies, where the magazine says you’ll find “a supremely runnable course,” with “rolling, smooth single track [trail] that will challenge runners without breaking them.”

Run on the heavily-shaded Pacific Crest Trail — made famous for most of us in Cheryl Strayed’s 2012 book Wild — in the shadow of nearby Mount Hood, this race is considered an ideal run for your first 50-miler, thanks to its pair of out-and-back stretches that split up the run into smaller, more manageable chunks. In addition to the 50-miler, the race also offers the 50K and 25K distances. “It’s also not too much climbing and is nestled in the forests for most of the race,” running coach Yassine Doubin told Trail Runner.

“If you are into big mountains, big, expansive views, big climbs, and big descents you will LOVE this course,” say the organizers of this summertime run through southwestern Colorado’s largest mountain range, where you’ll climb and descend nearly 17,000 feet on single-track trails in the San Juan National Forest. You’ll also run along parts of the Colorado Trail and through the Animas River Gorge, and you’ll be able to choose between the 100K and 55K distances.

With a 50K and a 30K that start in Morganton’s Steele Creek Park and take you through the Pisgah National Forest to the top of majestic Table Rock, this ultra is far from the easiest ultra you’ll find, as it features some 7,000 feet of elevation gain. But the rewards are worth it, as you’ll cross over creeks and hop over rocks on your way to the panoramic view you’ll discover at the summit.

A race with a long and storied history — this year marks its 57th annual running — this ultra will take you along miles-long stretches of the Appalachian Trail as well as portions of the C&O Canal Towpath, which features gently rolling terrain that leads you in to the finish line in the nearby town of Williamsport. The AT sections are its longest and toughest, with plenty of rocky terrain along mountain ridges and stretches with steep switchbacks that drop more than 1,000 feet. You’ll gain more than 1,100 feet during the course of the race, and you’ll have 13 hours to complete it.

Previous post: How Important Are Our Race Route Maps to You?