10 Argentina Half Marathons for the Traveling Runner 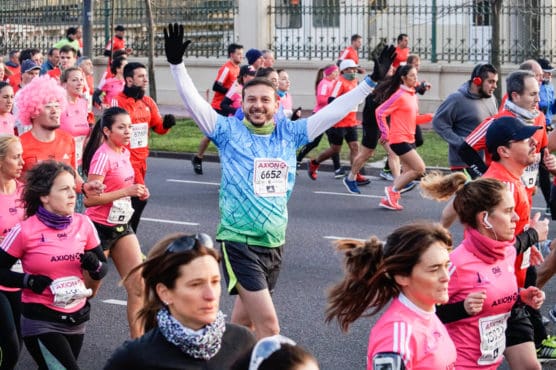 In Mendoza, the city known as the International Capital of Wine, runners have the opportunity to race a half-marathon in late April. The point-to-point, downhill course is set amongst beautiful scenery including the towering Andes Mountains in the the backdrop. Runners will travel along the Mendoza River, near the vineyards of Lujan de Cuyo and finish at the gates of General San Martín Park.

There are six distances to choose from offered by the Patagonia Run, including the half marathon. Runners can expect a challenging trail course inclusive of technical terrain and an elevation gain of nearly 4,000’. Set in the beautiful scenery amongst the Andes in San Martín de los Andes, this mid-April point-to-point race is an unforgettable adventure.

The mid-April North Face Endurance Challenge offers runners four different race distances, including the half marathon. Racers will face a challenging trail course over a 13.1 mile loop, including over 3,000’ of elevation gain. The city of La Cumbrecita is a hamlet located in the Calamuchita Valley in the Grand Sierras of Cordoba and is surrounded by the spruce, pine, and alpine views.

Held in the capital city of Argentina, Buenos Aires is host to the late August Maraton de Buenos Aires. The lollipop-shaped course goes through the center of downtown and alongside the Rio de La Plata, passing by many of the most popular sites in Buenos Aires. It has the highest participation of any Latin American marathon and now attracts a large international field.

Up the Parana River from the capital city of Buenos Aires lies the city of Rosario, the home of the Maraton del Puente. The early September race is held on an out-and-back course that runs along the Puente-Rosario-Victoria, a bridge that spans across the Parana River and through the city of Rosario. Runners will have plenty of opportunity to spot race leaders and nearby competition as the course loops back on itself multiple times.

The 21K distance, or half marathon, of the Yerba Buena to Tafí del Valle takes place in the town of Tafí del Valle. The longer race distances offered are the inspiration for the race name. Surrounded by the mountains of Matadero, Munoz and Pabellon, this northwestern valley town links nearby plains and mountain ranges and comes alive for the late May race.

The seaside town of Mar del Plata is host to the early November Maraton de Mar del Plata. Runners will follow a flat and fast, out-and-back style course that runs alongside the Atlantic Ocean. The resort city of Mar del Plata features plenty of beautiful beaches and is the perfect place to relax after racing 13.1 miles.

One of the oldest continuously inhabited settlements of Argentina, Tilcara, has traces of human habitation that date back more than 10,000 years. This northwestern city of Argentina is home to the Conociendo a la Pacha Mama, a skyrunning race with multiple distances offered. For runners looking to challenge themselves with a unique location and tough terrain, look no further than this remote race.

In late November, the city of Cordoba comes to life with the Medio Maraton Cordoba. Runners follow a loop course that highlights many of the city’s most famous sites, including many buildings showing off their Spanish colonial architecture. As this race has grown over the years, runners from all over the world have come to enjoy the sites of Cordoba.

Comodoro Rivadavia is a city in the Patagonian province of Chubut in southern Argentina and is the most important city of the San Jorge Basin as the commercial and transportation center for the surrounding region. This new race is not for the beginner as part of the experience is the adventure in tackling new trails in a place where even locals are not familiar with the terrain. If you are truly up for an adventure, this early August race is the perfect place to be.

Next post: 10 Chile Half Marathons for the Traveling Runner