10 Chile Half Marathons for the Traveling Runner

by Carissa Liebowitz on December 3, 2018 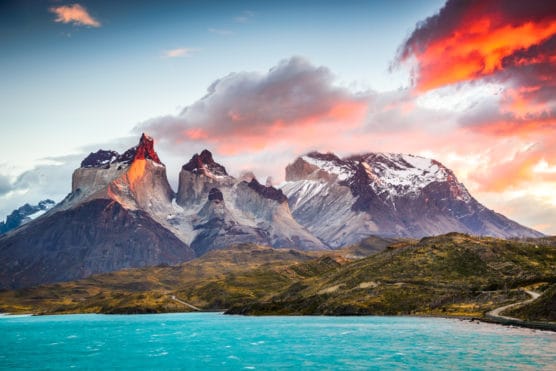 From the urban jungle of the Chilean capital of Santiago to the wilds of Patagonia and Easter Island, stunning half marathons you can run in Chile in 2019.

Beginning at Botadero Rocas, runners at this race will follow a point-to-point course finishing at the Hotel Rio Serrano. Located in South America’s extreme south, at 51° south latitude, this race takes place east of the Great Southern Ice Field and South of Torres del Paine National Park. This early September race brings plenty of challenge with over 1,500 feet of climbing in just 13.1 horizontal miles.

Since 2007, the Maraton de Santiago has grown in size and is now one of the largest sporting events in Chile each year. Runners opting for the 13.1 distance will make a large loop around downtown Santiago, the capital of Chile. The course features a few rolling hills, live music scattered through the route, and plenty of finish line fun.

As the Rock ‘n’ Roll series expanded, the racing company chose Santiago as one of it’s destinations for 2018. Featuring a 21K and 10K, runners will enjoy live bands along the route as well as a post-race concert. Held in mid-November, the loop course starts and finishes at Araucano Park and runners have 3½ hours to finish the half marathon distance.

Held in the remote Pacific on Easter Island, the Maraton Rapa Nui is the ultimate in destination races. The early June race begins in Hanga Roa and runners will climb approximately 450 feet on an out-and-back course. Held since 2002, this race series is popular with both islanders and well as mainlander Chileans.

The Tanner Trail Coast Half Marathon, or Quebrada El Tigre 21K, is held in the coastal town on Zapallar, Chile. The course is not for a beginner as it climbs over 3,000’ and features single track trails full of roots, stones, and mud. However, the views are spectacular during this early November race and the loop course offers new scenery with each step of the way.

Held in the coastal town of Vina del Mar, Chile, the Maraton Costa Pacifico is a point-to-point course beginning in Past Sector Puente Sta. Julia. Runners will follow the 13.1 mile course south until this reach the coastal road just past the 10K mark. This early December race is on paved roads and has rolling hills throughout the entire route.

Punta Arenas is located in the southernmost tip of Chile and is home to the Snow Running 20K, a race just 1 kilometer short of a half marathon. Held in late August (which is the end of winter for the southern hemisphere), this race features plenty of snow running. The double loop course requires runners to don snowshoes to complete the race so leave your expectations of a PR at home.

Valparaiso is a coastal town located about 90 minutes from Santiago. Held in mid-November, the course is mostly flat at the beginning and end, but features a large climb and descent in the middle of the race. Runners will be treated to views of the Pacific throughout the entire race as the route is entirely on the road running parallel to the ocean.

The Futangue Challenge features 4 separate race distances, 62K, 33K, 21K, and 13K and all offer spectacular views of this beautiful area of Chile. Runners will climb over 4,000 feet during the 13.1 distance in early February and enjoy extraordinary views during this late summer race in the southern hemisphere. Featuring millenary forests of the Valdivian Forest, rugged mountains, beautiful lagoons and rivers, this remote race is an experience for a lifetime.

Alhue is located southwest of Santiago and is full of beautiful scenery surrounding the town. Runners will cover a 20K course on single track trails featuring tough climbs and unforgettable views. The loop course climbs over 2,500 feet and crosses itself only in a few sections along the way.

Next post: 10 Japan Half Marathons for the Traveling Runner

Previous post: 10 Argentina Half Marathons for the Traveling Runner