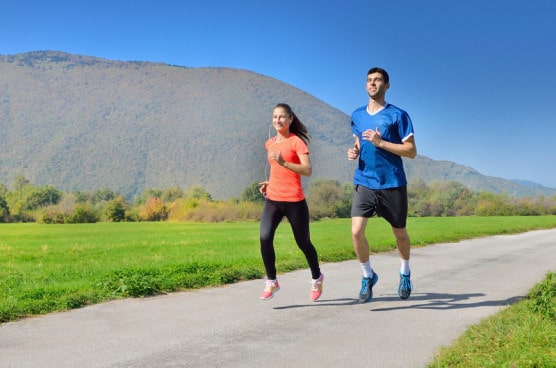 “Most of us have two lives. The life we live, and the unlived life within us. Between the two stands Resistance.” — Steven Pressfield

If you’ve ever been to San Francisco and driven through or just walked past the dramatic vistas that make up Golden Gate Park, then you know why Runner’s World ranked this as one of the country’s most scenic half marathon races.

Framed by spectacular mountains all around and forested trails along the shore of Cook Inlet, this race offers breathtaking views of the nearby Alaska wilderness as it takes runners through landmarks like Earthquake Park, Point Woronzof and the Tony Knowles Coastal Trail.

Glow sticks, flashing glow-in-the-dark balloons, LED glowing wands and more — that’s what you’ll find at this race, which starts at 10 PM and unfolds entirely along Salt Lake City’s Legacy Parkway Trail, a paved running, walking and jogging trail that’s so flat, “Grandma could do it.”

The loop course for this race — which draws more than 40,000 runners every year — begins and ends in Bois de Vincennes, Paris’ largest public park. Later, you’ll run past Notre Dame, Place de la Bastille, and more than a mile along the Seine, and its mostly flat course is perfect for setting a PR.

Lush, green foliage surrounding pastel-colored homes throughout a loop course that runs around this small island that spans just under 21 square miles out in the Atlantic off the coast of North Carolina are what await runners at this race, run through one of the most beautiful places on Earth.

You’ll run through Brooklyn’s Prospect Park, a 585-acre masterpiece designed by Frederick Law Olmstead at this fall race, which also features along out-and-back along Ocean Parkway, the road that leads to Coney Island if you ran all the way there.

Run in the shadow of Mount Rainier on an island nestled in the middle of Lake Washington between Seattle and Bellevue at this early spring race, which follows a clockwise loop around the island’s circumference and features a wealth of rolling hills along the way.

One of several races that run almost entirely along the shoreline of the majestic Lake Michigan each year, the Chicago Half unfolds along Lake Shore Drive for more than half of its 13.1 miles, offering up breathtaking, scenic views of the city’s lakefront parks and downtown skyscrapers.

This fall race is known for its fast and flat stretches through unspoiled coastal wilderness and a steep, challenging run over the Washington-Baum Bridge, which links Nags Head with the nearby mainland here along North Carolina’s Outer Banks.

Designed to be fast and flat — and to take runners away from the hilly northern sections of the city — this race takes runners past many of its most popular sights, like Brackenridge Park, the San Antonio Museum of Art and of course, the Alamo.