10 Mexico Half Marathons for the Traveling Runner 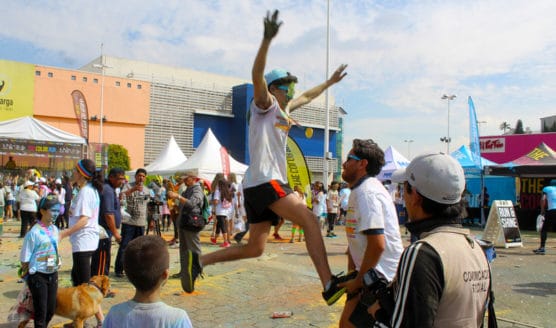 From a pair of races in the port city of Cancun on the Gulf of Mexico, to runs that look onto the Pacific Ocean from the beaches of Mazatlán, races that’ll make you want to run south of the border.

Held in early March, this half offers an out-and-back course following along Kukulcan Boulevard. The flat course offer scenic views of the Gulf of Mexico dotted with luxury hotels scattered along the beachfront. Runners will have 3 hours to complete the course and will avoid the heat of the day with a 6:30 a.m. start.

Starting from San Jose del Cabo’s historic downtown, this half travels an out-and-back route to the Puerto Los Cabos Marino. The course is mostly flat, but does include two short slopes that are challenging even for experienced runners. Held in early February, the half marathon is the perfect start to a week at the beach.

Nearly 17,000 participants run this half each year, making it one of western Mexico’s can’t-miss races. Though Guadalajara is at nearly a mile high in elevation, the course itself has modest elevation changes over your 13.1 miles. The out-and-back course loops over itself and runners can see their competition easily from behind as they make their way through the downtown streets.

Run almost entirely along the road parallel to the Gulf of Mexico, the Medio Maraton Puerto de Veracruz is a perfect January half marathon. The flat course runs out-and-back and runners pass by the Estatua de Juan Pablo II, Plaza Dorado, Acuario de Veracruz, and Torre de Pemex before finishing the race at the Facultad de Educación Física.

Held in the mining city of Fresnillo, this race runs at over 7,000 feet in elevation, so you’ll need to be ready for high altitudes. Despite the high elevation, the course itself is relatively flat and runners will travel out-and-back from the epicenter of the race enjoying sights of downtown as well as the Los Jales Ecological Park throughout their 13.1 miles. A 5K and 10K option are available as well.

Merida, the capital of Yucatan, is approximately 22 miles away from the Gulf of México and home to the course for this newer race in the Rock ‘n’ Roll series. With a 6:00 p.m. start in early November, runners will be able to seek some relief from the heat of the day. The out-and-back course starts at Monumento a La Patria and finishes at Estadio Salvador Alvarado and has a total ascent of 280 feet.

The December version of the Cancun Half Marathon is held in conjunction with a full marathon and 5K. All races begin in downtown Cancun at 5:00 p.m. and travel down Bonampak Avenue. The course then moves out to the hotel zone with the Gulf of México on one side and the Nichupte Lagoon on the other. Runners will then return back to downtown to finish at Malecón Tajamar, Avenida La Rambla.

Mazatlán is a Mexican resort town along the Pacific shoreline in the state of Sinaloa and home to this race on the first weekend in December. The flat and fast course runs along streets overlooking the Pacific Ocean, passing the Monumento al Pescador, Acuario Mazatlán, and the Estadio Teodoro Mariscal. With five different distances all weekend, runners of all abilities can work up a sweat before hitting the beach.

At an elevation of 6,070 feet, San Luis Potosi is home to the late June Medio Maraton Tangamanga. The loop course starts and finishes in the second largest urban park in México, Parque Tangamanga. After exiting the park, runners will travel through the city and pass sights such as Plaza de Aranzazu and Museo Francisco Cossio before returning to finish.

Held in late January, the Maraton Culiacan was first run in 1989 and continues to be a popular race in the northwestern Mexican city of Culiacan. The loop course travels through downtown and along the Rio Tamazula, passing by the Zoológico de Culiacán, the Jardín Botánico Culiacán, and the Parque Las Riberas.

Previous post: 10 Portugal Half Marathons for the Traveling Runner