10 Norway Half Marathons for the Traveling Runner 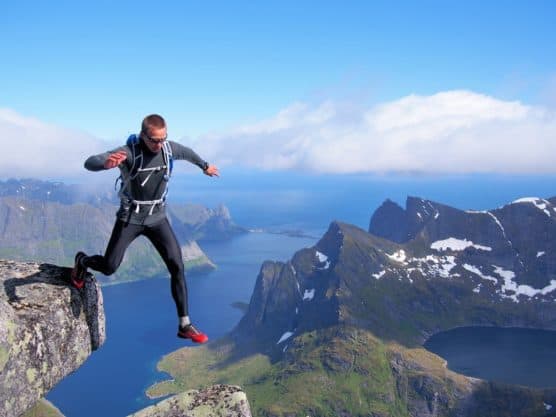 This stunning race takes place in the middle of the day in early January, during the polar night. Located above the Arctic Circle, Tromsø is known as a city to view the Northern Lights. Runners will follow an out-and-back course that travels along the southern portion of the island of Tromsø and will have 3 hours to complete the race.

The same city that offers the PolarNight Half Marathon in January hosts the Midnight Sun Half Marathon in late June. At the time sunlight is visible around the clock above the Arctic Circle, Tromsø shows off to runners at the Midnight Sun races. The out-and-back course offers runners views of the water nearly the entire way, despite the 13.1 distance beginning at 10:30 p.m.

Held since 1982, the Florø Maraton Rett Vest offers multiple race distances including the half marathon. Runners of this early April race in the western coastal city of Florø have followed many variations of the course over the years. However, the loop course that is now offered for the half marathon is logistically much easier on race day and runners will start and finish in the Florø Stadium.

In late May, the EcoTrail 21K combines the urban paths of the city with forests and the sea. Runners will follow a point-to-point, net downhill course that begins from Fossum by Lake Bogstadvannet and will pass Vækerø park, the countryside of Bygdøy and its beach, Frognerkilen as well as Rådhusplassen (town hall). The race finishes by running along the marina by the old fort, Akershus Festning.

The quintessential capital city race, the BMW Oslo Half Marathon is the perfect way to sightsee Oslo on foot. Runners will have 3 hours, 30 minutes to complete the loop course in late September. There is a steady incline through mile 3, a flat and fast middle section, a climb near mile 10, and a downhill finish.

Runners of the late November Jessheim Vintermaraton will start and finish their race at the Jessheim Athletic Stadium. Half marathon runners will begin their race at 1:00 p.m. and will follow a 2 loop course that travels through downtown Jessheim. Be prepared for a chilly race, average temperatures in Jessheim in late November are typically well below freezing at midday.

The Trondheim Half Maraton takes place in early September and is part of a larger race series offering the distances of a full marathon, 10K, and 5K in addition to the 13.1 distance. The two loop course circles the downtown area of Trondheim, crosses the Nidelva River, and offers runners views of the Trondheim Fjord. Despite the location near the water, the course does have a few hills, especially towards the end of each loop.

In early June, the Dalsnibba Run challenges runners in a unique race in Geiranger, Norway. The course starts at the Geiranger fjord and ends on top of Mount Dalsnibba at 1500 meters above sea level, or nearly 5,000 feet. And it’s not just uphill! Over the 13.1 miles, runners will also encounter three separate downhill sections of nearly 800 feet.

Spitsbergen is the largest and only permanently populated island of the Svalbard archipelago in northern Norway. It hosts an early June half marathon, showcasing the long hours the Arctic Circle is known for. The race is mostly an out-and-back course and has two climbs, one in the middle of the race and one in the final miles as runners head towards the finish. Be prepared for below freezing race day temperatures, despite the summer date.

With a 2.4-kilometer, 50-kilometer and the 25-kilometer “half ultra” race, this event is sure to be one of the most challenging you might ever imagine running — but also one of the most gorgeously scenic. You’ll cross through “heather moores, marshes, river crossings, [and] rugged hills” as you make the climb toward the top of Bønntuva, looking out onto the Tromsdalen Valley below.

Next post: 10 Popular Places to Go Running in Atlanta