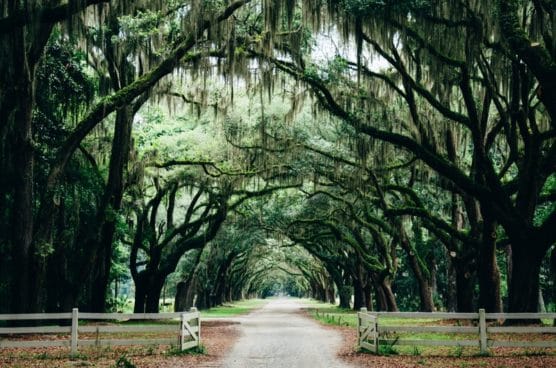 Photo by Ashley Knedler on Unsplash.

“Virtues are acquired through endeavor, which rests wholly upon yourself.”

Known for its golf courses, award-winning gardens and Cecil B. Day butterfly center, Georgia’s Callaway Gardens resort stages this small race each year in mid-winter — this year, just shy of 400 runners completed the 5K, half marathon and full marathon combined. You’ll run a loop route through the 13,000-acre resort’s neatly manicured gardens, bicycle trails and woodlands, and you’ll find few spectators out along the course — though this is what many past participants also find appealing about it, because what it lacks in energy it makes up for in providing a quiet, refreshing escape.

The wild, untamed beauty of this island just off the coast of Savannah plays host to a race whose roots date back to the 1970s, and added the half marathon distance for the first time in the mid-90s. From the start near the Tybee shoreline at Memorial Park, runners make their way up and down its city streets, passing by local landmarks like the Fort Screven historic district and the historic Tybee Island Light Station, one of handful of 18th-century-era lighthouses still in operation in the U.S.

3) Georgia ‘Thrill in the Hills’ Half Marathon

This run through Georgia’s Fort Yargo State Park, which lies about an hour outside Atlanta, starts along the 1,800-acre park’s lakeshore and quickly heads into the woods, where you’ll run along single- and double-track off-road trails. It’s limited to 650 entrants, organizers add, due to logistics of getting that many runners into and out of the woods within the race’s time limit; they add that the scenery will “leave you breathless” — and if it doesn’t, they offer a 50K distance that will.

Nestled among 28,000 green, hilly, wooded acres in the foothills of the Appalachian Mountains, Rome’s Berry College is thought to be the largest college campus in the world, and you’ll get to take it all in at this late winter/early spring race about an hour and a half from Atlanta. You’ll run entirely on roads within the campus, which will take you past Berry’s Frost Chapel and its nearby middle and elementary schools, through the Winshape dairy barns and along a stretch of trail known as the Viking trail. The time limit is 4 hours, so it’s open to walkers as well as runners.

Located just over a 20-minute drive from downtown Savannah, this island that’s home to the Skidaway Institute of Oceanography and Wormsloe Plantation, whose live oaks draped in Spanish moss frame a state historic site that was built in the early 1700s, Skidaway Island plays host to what is undoubtedly one of the flattest races you’ll find. There’s almost no elevation change throughout the 13.1-mile out-and-back course, which starts along the banks of the Skidaway River near the north end of the island, and runs all the way into the high-end residential community known as The Landings, before heading back along the river to the finish line.

On this springtime run through Savannah’s downtown historic district, along streets shaded by trees draped in Spanish moss, you’ll make your way past several of its historic squares laid out when the city was designed on a grid back in 1733. The second half of the race features a run inside Daffin Park, whose 80 acres are home to Grayson Stadium, the home of minor league baseball’s Savannah Sand Gnats, before bringing runners in to the finish line at Forsyth Park, where (like at November’s Rock ‘n’ Roll Half) they’ll finish in front of its famous fountain.

A route of breathtaking beauty up in the mountains of northwest Georgia, about an hour and a half from Atlanta. Starting from the top of Fort Mountain, at an elevation of about 3,000 feet, you’ll run an out-and-back around the top of the mountain for the first half of the race, and then descend into the Cohutta Wilderness Area before crossing the finish line at scenic City Park in Chatsworth, Ga. — dropping about 2,000 feet between the start and the finish. The race takes its name in part from its connection to the Trail of Tears, as the historic route for the Trail intersects with the route you’ll run at the race.

Nicknamed the “Alien Half” thanks to its nighttime running and the glow-in-the-dark gear organizers have on hand at the start, this race unfolds through portions of the Chattahoochee River National Recreation Area, along a combination of park trails and roadways that run alongside the river. The race is almost completely flat for the entire out-and-back route, save for a few hills in the second half. Proceeds from the race will go to benefit Bwanali Chipole Victory, a nonprofit organization that supports an orphanage in Malawi, Africa, where it has been serving the children and and their community since 2011.

9) Under the Oaks Half Marathon

One of the most beautiful and historic of Georgia’s “Golden Isles,” the string of barrier islands along the state’s roughly 100-mile long coastline, Jekyll Island also is one of its best-loved state parks, as more than 1,000 acres of its maritime forest are protected from the development that has gobbled up much of the Atlantic coast. The course for this half is about as flat and fast as you can find, run just a few feet above sea level with plentiful views of the marshes, forests and beaches that Jekyll is famous for, out in the sunshine on the paved roads that circle the island.

Ever read the 1994 bestseller known to locals as “The Book”? I’m talking, of course, about John Berendt’s classic Midnight in the Garden of Good and Evil, which captures the unique, mysterious virtues (and vices) of a southern city that sums up so much of what embodies the region yet still defies any simple description. The marathon and half begin just a stone’s throw from Savannah’s historic riverfront and finish in its famed Forsyth Park, home to the iconic fountain shown in the photo above. In between, you’ll get a tour of the downtown and its architecture, as well as the campus of the Savannah College of Art & Design.

A run among the paved roads and trails that wind through Chickamauga & Chattanooga National Military Park, where the bloodiest two-day battle of the Civil War claimed the lives of 4,000 Union and Confederate soldiers in September 1863. Along with those running the full marathon and the 10K, you’ll start from the 6th Cavalry Museum at the northern end of the park, and from there follow a loop route that will take you past many of the memorials, cannons and monuments found throughout the park, all of which tell the story of the battle that spelled “the death knell of the Confederacy.” (Perhaps it’s needless to say, but the park today is a much more peaceful place, with 5,500 acres are filled with forests, streams, wide-open grassy meadows, and horse and hiking trails.)

Cross the starting line under the iconic Olympic rings that hang above Hank Aaron Drive — a reminder of the Centennial Olympic Games that took place here back in 1996 — at this longstanding tradition on Atlanta’s running calendar. The course retraces many of the same stretches that runners in the Olympic marathon took more than two decades ago, including runs through Piedmont Park and past the Georgia State Capitol building, the Margaret Mitchell House and the famed Oakland Cemetery, before bringing you back to the baseball stadium downtown for the finish.

A stunning run deep into one of the most beautiful places in Georgia, the 3,500-acre Cloudland Canyon State Park — home “to thousand-foot deep canyons, sandstone cliffs, wild caves, waterfalls, cascading creeks, dense woodland and abundant wildlife.” You’ll run down inside its canyons for many of your miles, passing by waterfalls as you run over hills and alongside streams throughout. As the organizers say, “we can not reiterate how beautiful this course is!”

Tagged as: Georgia Half Marathons