23 Half Marathons to Plan Your Vacation Around 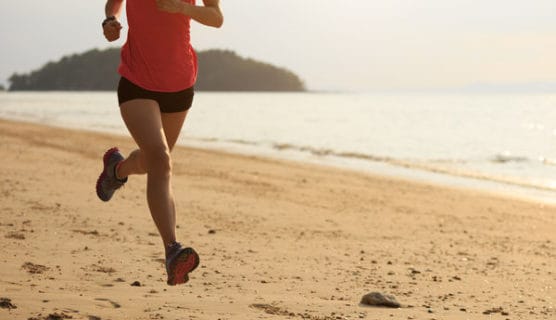 “Winning has nothing to do with racing. Most days don’t have races anyway. Winning is about struggle and effort and optimism, and never, ever giving up.” — Amby Burfoot, “The Runner’s Guide to the Meaning of Life”

Gorgeous, hilly and challenging, this race welcomes more than 5,000 runners each year for a run along one of Southern California’s most scenic stretches of coastline, as well as through parks like Torrey Pines State Natural Reserve.

2) Star Wars Half Marathon – The Dark Side

Take a wild, scenic run through three of the four parks that make up the magical place that is Walt Disney World in Florida — including Disney’s Animal Kingdom, Hollywood Studios and Epcot.

You’ll follow a fast, stunningly scenic and all-downhill course at this half, which starts in Kyle Canyon just outside the city and finishes at Centennial Hills Park in Las Vegas.

Run along the shoreline of Santa Cruz County, this race offers some of the most scenic courses anywhere in the Golden State, with truly breathtaking views of the Monterey Bay coastline and a series of world renowned surf breaks.

Go out west this summer for this race, which takes  runners on a high-elevation, point-to-point climb through Wyoming’s Jackson Hole area, where you’ll cross the Snake River twice and finish within sight of the majestic Tetons.

Filled with awe-inspiring scenery in all directions thanks to the Rocky Mountain peaks that spread far and wide, the race takes runners along many stretches of the Sun Valley & Wood River trail system that wind through this resort town.

You’ll start this stunningly picturesque race through Northern California’s High Sierras at roughly 9,000 feet above sea level, and follow a route that runs along a combination of trails and mountain roads — including stretches around lakes and across a bridge.

With its mix of long, flat stretches and occasional hills, the race unfolds on scenic, wide paved bicycle paths, treating runners to views of the nearby Oregon forests, rivers and beautifully landscaped golf courses and vacation homes.

Runners make their way from all corners of the globe every summer for this race, which starts at the Waikoloa Beach Resort and unfolds past its golf course, hotels and homes, nestled here along Hawaii’s Kohala Coast.

10) The Great Ferry Race Half Marathon

Set for its inaugural running this summer along the rural highways of this gorgeous island in Puget Sound just off the coast of Seattle, this race has a 4-hour time limit to go with its amazing views.

Get away from the heat of the rest of the country here in Vermont’s Green Mountains, along a route that alternates between the quaint streets of this small central Vermont town and the countryside.

Filled with rugged Pacific Northwest mountain terrain that encircles one of the country’s most majestic and beautiful lakes, Oregon’s Crater Lake National Park is the home of this race, which takes participants around its rim at altitudes ranging from 5,980 to 7,850 feet.

Set for its annual late summer running here in this small town in Vermont’s Northeast Kingdom region, this race unfolds along an easy-on-the-feet dirt road and welcomes both runners and walkers.

This point-to-point race takes runners from the majestic views of Cabrillo National Monument overlooking the Pacific to the green, expansive meadows of Balboa Park, home to the world-famous San Diego Zoo.

15) The Kauai Half Marathon

This Hawaiian island — with its pristine sand beaches, lush jungle-like rain forests and massive green cloud-covered mountains — offers one of the most beautiful places anywhere on earth for a running event.

This race will take you along the high-elevation trails (from 9,500 feet to 12,000 feet) of this popular Rocky Mountain skiing destination near Vail, Copper Mountain and Silverthorne resorts.

Set for an end-of-summer run among the stunningly gorgeous canyon country of southern Utah, within a few hours’ drive of the Grand Canyon and the Hoover Dam, this race follows an out-and-back course that circles the reservoir in Sand Hollow State Park.

The gorgeously scenic coastal New Hampshire town is the setting for one of the easiest half marathons in the region, and run along a route that runs both inland and along the coastline and features just two significant hills.

19) Under the Oaks Half Marathon

Go down south to Georgia’s “Golden Isles” at this race, which takes runners on an out-and-back loop tour of Jekyll Island, one of the most beautiful and historic locations along the state’s coastline.

If you like running and golf, this race should be on your calendar. Temperatures are often brisk in the morning, but can still make for a nice afternoon out on the golf course — and the lazy island in the winter is perfectly relaxing before and after the race.

You’ll get your chance to run through one of the East Coast’s most exclusive (and gorgeously scenic) resorts at this race, where live oaks hang over the roads and perfectly manicured lawns lead up to some of the most luxurious beachfront homes anywhere.

Along this fast, flat and scenic route, runners have views of the ocean for virtually the entire course, and pass by local landmarks like the Key West lighthouse, famed author Ernest Hemingway’s house, and the southernmost point in the United States.