5 Spectator Signs That Need To Be Retired 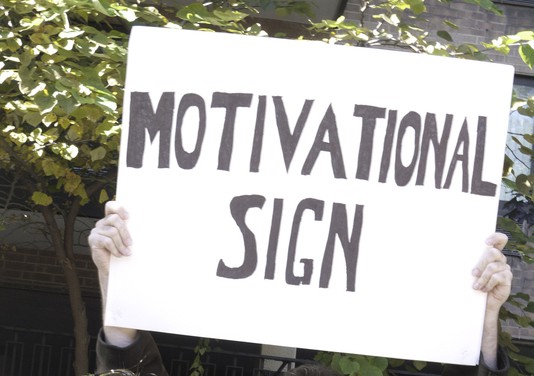 Signs along the race course can be make you smile when you need it most. But please, oh please, let’s retire a few of these catchphrases:

If I’m actually within sight of the finish line, this is a good sign to see. But if the race just started or I still have 10 miles to go, this isn’t cute. Or funny. It’s 2014. I have a GPS watch and know exactly how much further I have to run.

I suppose if runners were expected to entertain the spectators, this would be appropriate. But we are a bunch of weirdos paying people to run in the early morning hours of the weekend. Aside from a few tutus and inappropriately worn short shorts, there probably is not much to see other than a lot of sweaty people looking like they are in a mild amount of pain.

Some of the running population is so svelte that this doesn’t make sense. And to the others, this is not really the kind of motivation that is encouraging. Fat and crying are not positive words.

Don’t get me wrong, seeing friends and family come out to spectate is absolutely uplifting. Most of us couldn’t run without a strong support system. But for a few hours after long months of training, we narcissistically would prefer a simple “Go John!” over a reminder that you’re missing lukewarm eggs benedict.

Newflash! 13.1 miles is still a 13.1 miles. While full marathons are seemingly held on the highest pedestal in distance running, 13.1 miles is no walk in the park. It requires far more speed than a full and far more endurance than a 10K. And while you know running a half marathon is seemingly a bit silly in the age of cars and supermarkets, it’s far less cool to be told you’re crazy.

(MORE: 5 Things No One Tells You About Marrying a Runner)

Next post: How to Stay Hydrated When You Run in the Heat

Previous post: 5 Things No One Tells You About Marrying a Runner