Beach and Back Half Marathon


The park, which has a mile-long white sand beach along with plentiful sand dunes and salt marshes, lies between Waquoit Bay and Vineyard Sound on the southern beaches of Cape Cod, and is part of the Waquoit Bay National Estuarine Research Reserve, which spans some 2,700 acres of beaches, open waters and marshlands between Falmouth and Mashpee.

Runners will start the race about five miles north of the park near Mashpee, just off Great Neck Road, near the intersection of Donna’s Lane and Commercial Street.

From there, the race heads south along Great Neck Road, with a couple of detours along Great Pines Road and Tracy Lane and Red Brook Road, before bringing runners all the way south to the parking lot at South Cape Beach.

Once there, they’ll make the turn and run back all the way north along Great Neck Road, back to the finish line where they started.

After runners finish the race, which is presented by the Naukabout Beer Company, they’ll get to enjoy a post-race party with live music and Naukabout Beer for all finishers over 21, as well as a custom finisher’s medal and sunglasses.

While there are rolling hills along the course, there aren’t any big elevation changes — as you’d expect at a race near the ocean. 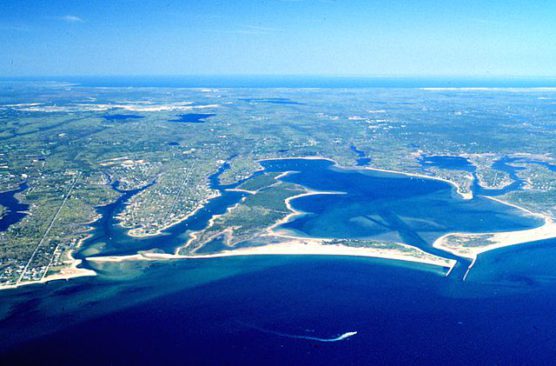 Nestled along the southern shoreline of Cape Cod, roughly 70 miles south of Boston, Mashpee typically sees some of its warmest weather of the year in August, when temperatures average between the low 60s and the low 80s.

See the race route map for the Beach and Back Half Marathon here.

3 hours, 30 minutes for the half marathon

To reserve your spot in the 2021 running of Mashpee’s Beach and Back Half Marathon or 5K race, register online at RaceWire.com here.

Ever run in the Beach and Back Half Marathon? Share your impressions here, as well as anything you learned about the race that you think other runners/walkers should know.