A course that starts and finishes in downtown Asheville, runs around the campus of the University of North Carolina-Asheville and includes a nearly three-mile-long stretch along the French Broad River are just a few highlights that await runners at the Asheville Half Marathon & 10K, which is set to make its seventh annual running this year.


More than 1,300 runners crossed the finish line in both distances combined last year — including just under 900 in the half marathon alone — for a race that starts at North Spruce Street and Walnut Street

From there, the race takes runners onto College St. before turning onto Hilliard Avenue and then left on Clingman Ave which becomes Haywood Road. The course takes runners south along a mostly-downhill stretch, where they will hit the 2 mile mark in the River Arts District, home to a variety of artists and studios setting up shop in old factories and historical buildings.

Just past the 2 mile water stop runners weave their way north toward the French Broad River, where the course flattens out for the next three miles.

Some of the race’s most scenic terrain is found in these next few miles, which unfold along the winding French Broad River, which stretches more than 200 miles across North Carolina and Tennessee. Runners head north along Lyman Street and Riverside Drive for about four miles along the river, before turning off at Old Burnside Hill Road to head north toward Beaver Lake.

After Beaver Lake runners will head past the Grove Park Country Club before heading north again to head into the UNC-Asheville campus.

Once runners have made their way around the university campus — where more than 3,600 students attend each year and which is the sole liberal arts college in the University of North Carolina system — they head back into downtown and finish the race just a stone’s throw from where they started, in Pack Square Park.

Asheville is a hilly place, runners should know, so hill training in the weeks before the race is advised. Organizers say bands will be placed at every mile marker to play music as runners pass them by, and the half marathon will be limited to the first 3,000 entrants — no registration will be available on the day of the race.

Both the half marathon and 10K courses are USATF-certified. The 2021 race also offers a virtual option for runners who can’t make it to Asheville in person. 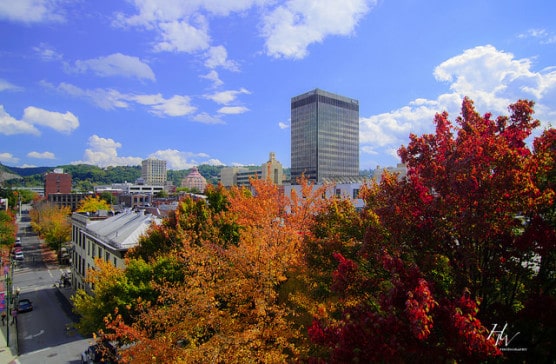 Located in western North Carolina, roughly halfway between Charlotte and Knoxville, Tenn., Asheville typically sees mild to moderately warm weather in August, where temperatures typically range between the low 60s and the mid-80s.

See the race route map for the Asheville Half Marathon here.

To reserve your spot in the late summer 2022 running of the Asheville Half Marathon or 10K race, register online at RunSignUp.com here.

Ever run in the Asheville Half Marathon? Share your impressions here, or post your review in the Comments below.