Nestled here along the confluence of the Trent and Neuse Rivers, just a short drive from the nearby coastline — where the much more well-known Outer Banks islands of Cape Lookout and Cape Hatteras lie — the small city of New Bern plays host to more than a thousand runners each year at the annual running of the Neuse River Bridge Run.

Peaceful and tranquil, thanks to its somewhat remote location in the region known as the Inner Banks of eastern North Carolina, New Bern offers a blend of beautiful coastal scenery and historic architectural treasures, which visitors can take in on any of the local tours offered in the city.

New Bern also boasts the pharmacy whose claim to fame is the birthplace of Pepsi-Cola, where local druggist Caleb Bradham invented what he called “Brad’s Drink,” and which he later patented as the formula for the fizzy soft drink we know today as Pepsi.

The course for the race shows off much of the scenery for which the city is known, as it takes runners along the streets and along the waters of the Trent and Neuse Rivers that flow past the city’s eastern and southern edges.

Runners in all three races follow an out-and-back course that starts and finishes in New Bern’s Union Point Park, which overlooks where the rivers meet from the city’s southeastern corner, and from there follow a largely fast and flat route through the city’s streets.

More than 1,500 runners cross the finish line in all three races combined each year, along which runners can expect a largely fast and flat route through the city streets of New Bern along with plenty of historic scenery, as the city’s history dates back to the early 1700s — including stretches past local landmarks like Tryon Place, local parks and churches, and historic landmarks that date back to the Civil War.

And for runners who are feeling “in the spirit” — whether that’s early for Halloween, or really early for Christmas — the race organizers also offer a costume contest for the participant wearing the best costume during the race.

Past years have seen runners dress out in nearly every costume imaginable, from firefighter suits and gear to superhero costumes like Batman.

Walkers are allowed and encouraged to participate in the 5K race, but the 10K and half marathon are open to runners only. 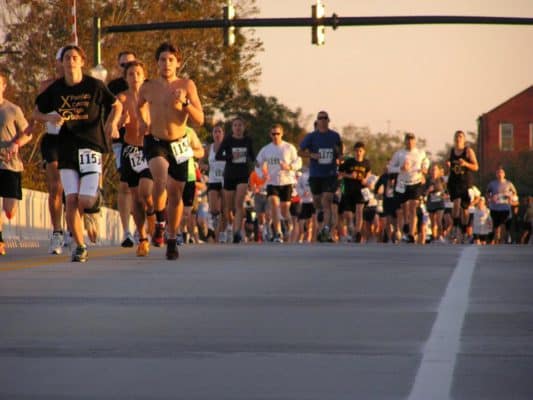 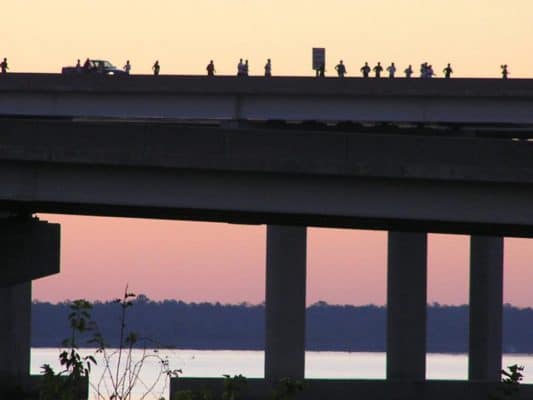 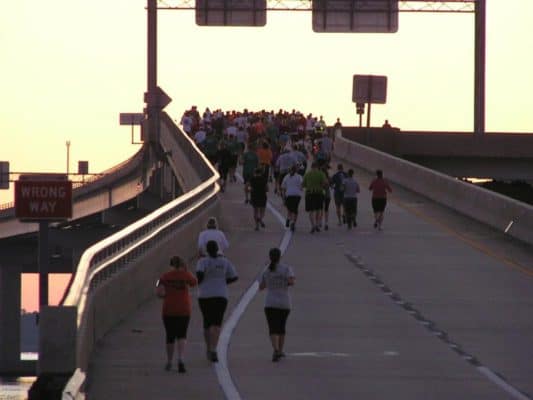 Located near the coastline of eastern North Carolina, just over 95 miles northeast of Wilmington and roughly 110 miles southeast of Raleigh, New Bern typically experiences cool to mild weather in the late winter/early spring, and snowfall is still possible.

To reserve your spot in the 2023 running of the Neuse River Bridge Run Half Marathon, 10K or 5K race, register online at RunSignUp.com here.

Ever run in the Neuse River Bridge Run Half Marathon? Share your impressions here, or post your review in the Comments below.