Named for the Native American word for “crooked river,” the 33,000-acre Cuyahoga Valley National Park just outside nearby Cleveland and Akron is the setting for the annual autumn running of the Towpath Marathon, Half Marathon & 10K, whose 13.1-mile race takes runners from the Brandywine Ski Resort just outside the park onto a winding tour of the valleys and wooded trails inside the park, as well as along the Cuyahoga River itself.

The race was first run in 1992 to showcase the park’s then-new Towpath Trail, a combination paved and crushed limestone trail pathway that runs along what locals know as the Ohio Canal Corridor, a 110-mile stretch of recreational paths for bikers, hikers and walkers that will, when it is one day completed, all the way from Cleveland’s Flats at Canal Basin park all the way to New Philadelphia, in mid-state Ohio.

(MORE: 14 Scenic Photos of the Towpath Half Marathon)

It has since been named by Runner’s World magazine as one of the nation’s most beautiful race courses, and now attracts upwards of 2,000 runners and more than 3,000 spectators to the park for the event each year.

For the half-marathon, runners begin the race at Cloverleaf Drive in Valley View, just north of Cuyahoga Valley National Park. From there, runners head south along West Canal Road.

From there, participants run south along West Canal Road for the first couple of miles before reaching the Lock 39 Trailhead. There, runners turn around and head north along the Ohio & Erie Canal Towpath trail, following the Cuyahoga River for much of the half marathon, all the way to the turnaround point. Then, they’ll run south along the trail all the way past the start, reaching the finish line just before the first turnaround point.

Fast and flat throughout, the courses for both the half and the full marathon are described by race organizers as having no hills to speak of, really anywhere along the course. There’s lots of scenery along the way, from the slow-moving canal waters to wetlands you can see off in the distance, as well as plenty of trees and vegetation to shade and cool your run.

The race is open to both runners and walkers — full marathon walkers are encouraged to take advantage of the special 7:00 AM starting time for walking.

The course will be supported with aid stations for 6 hours, and transportation will be provided to shuttle participants back to their cars from the finish line at the Boston Store near the southern tip of the park. 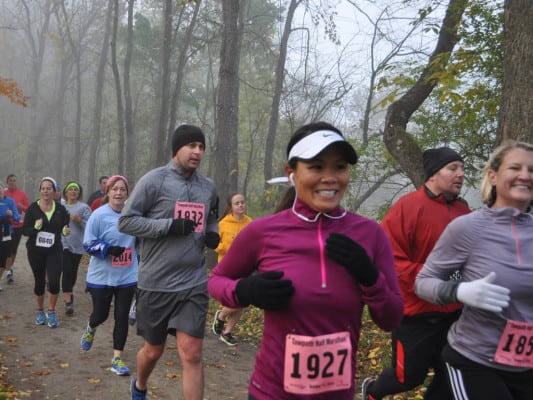 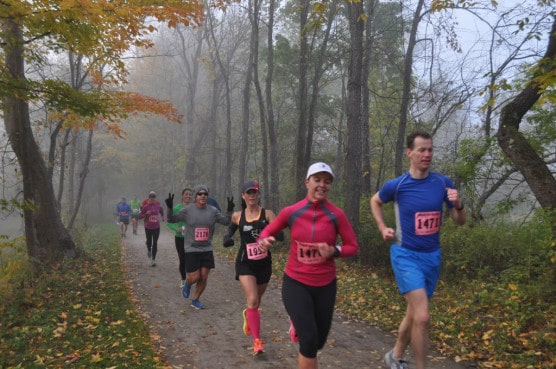 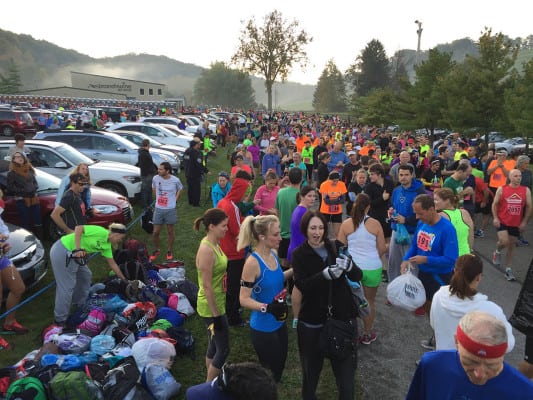 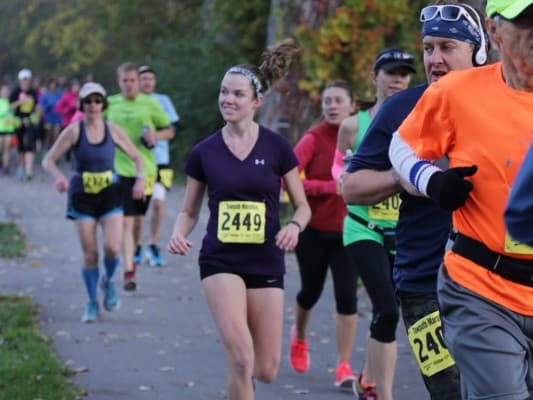 All photos courtesy Towpath Half Marathon

Nestled several miles south of nearby Cleveland and along the northern end of Cuyahoga Valley National Park, Sagamore Hills typically sees cool to mild weather in October, which has brought record temperatures here as low as 25 degrees (in 1988) and as high as 84 degrees (in 1971).

To reserve your spot in the 2023 running of Valley View’s Towpath Marathon, Half Marathon or 10K race, register online at RunSignUp.com here.

Ever run in the Towpath Half Marathon? Share your impressions here, or post your review in the Comments box below.