The World’s Most Interesting Races 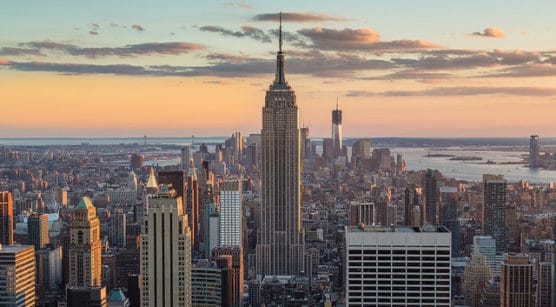 The 102-story Empire State Building in New York City. Runners climb 1,576 stairs to make it to the top at the Empire State Run Up. (Photo by Sam Valadi/flickr)

There are so many different running races with themes and unique attributes that it is hard to narrow down 10, but we’ve found 10 that certainly put us off to a good start.

Held in Raleigh, NC, this race challenges runners to run 5 miles in 1 hour or less. And oh yeah, each runner must consume a dozen doughnuts at the halfway marker. There are options for those who are not up for the 1 hour challenge or want to just run. But why?

2) The Empire State Run Up

For 40 years, runners have come from all over the world to climb the 86 flights of stairs to the top of the Empire State Building. Racers climb 1,576 stairs, or 1/5th of a vertical mile. The men’s course record is 9:33, set in 2003 by Paul Crake of Australia and the women’s course record is 11:23 set by Andrea Mayr of Austria.

Tampa, FL in May usually quite warm so runners of this race will be pleased to know that clothing is 100% optional for this race. Organizers keep the results off the internet for privacy reasons, but runners can vie for 1 of the top 20 awards for their gender if fast enough.

Participate as a team or as an individual, but know that there will be beer drinking and running involved in this Washington, D.C race. Runners who participate as a team will run in a 4×400 relay while solo runners will complete the entire 4 laps and 4 beers on their own. 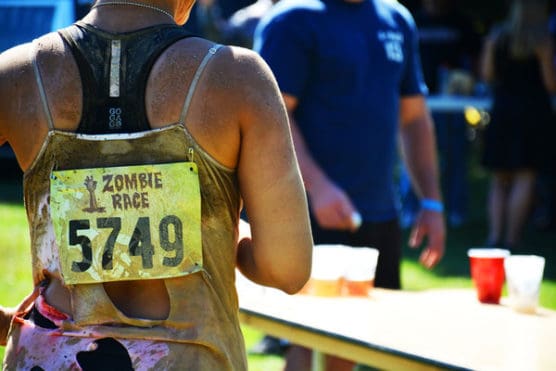 The gist is to run a 5K and keep at least one of your flags attached to your belt as you make your way to the finish line. Zombies will be out on the course attacking runners as they go by and stealing their flags.

All runners will receive a medal, but it is up to you to strategize whether you will receive an “infected” medal or “survivor” medal. There are various locations for this race with all currently in the southeast.

With over 90% of runners in costume for 26.2 miles, racers better come prepared to party. Held in Médoc, France and hosting 8,500 runners each year, this race has 22 refreshment stands and 21 food stands. Racers can feast on oysters, steak, cheese, ice cream, and of course, wine. First overall male and female win their weight in Médoc wine.

Held in Fairplay, Colo., the World Championship Pack Burro Race requires all runners to complete the race with their burro. No riding is allowed and all burros must carry a minimum of 33 lbs. worth of saddle and supplies.

The long course is touted as 28-30 miles and includes a climb up Mosquito Pass at 13,188 feet. The first nose of a burro to cross the finish line wins the race for the man or woman team.

The runners look pretty ordinary in this Buffalo, New York race except for their choice of footwear. Benefitting the Ovarian Cancer National Alliance, runners compete in 3” heels and run 0.5K. The race was cancelled for 2017, but it is back again for 2018!

With distances from 5K to 51K, this race has something for everyone. Except all the races take place in the middle of the night along the fringe of Area 51 on the Extraterrestrial Highway 375. Generous course cutoffs and the chance to see a stunning desert sunrise make these races a little more palatable, despite their spooky location.

It is the world’s longest certified road race and runners have been competing each year since 1997. Runners compete for 52 days and must maintain an average of 59.6 miles per day to reach 3,100 total miles.

Next post: 12-Week Half Marathon Training Plan for Intermediate Runners