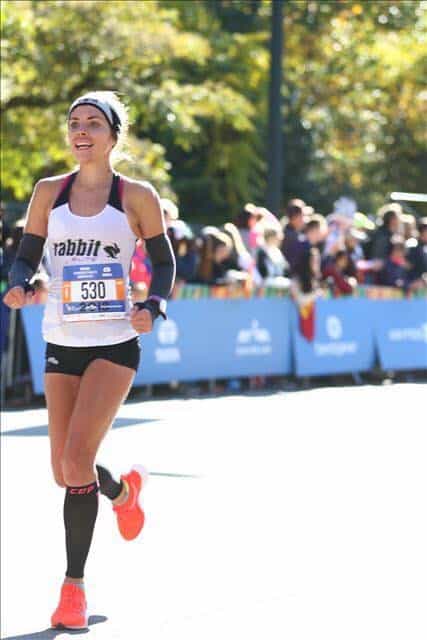 This was my second New York City Marathon and my third overall marathon. I like half marathons better, but it was the first marathon that “clicked.”

Here are nine things I learned that will help any runner preparing for New York:

New York is not a flat course. It’s a very hilly course. Not just from the bridges or central park, but most of Manhattan is uphill. In fact, the majority of the race is uphill. Did I realize that the first time I ran NY?

2) Be prepared for the start line

Unlike many races, you can’t just walk up to the start line 2 minutes before. You will be outside several hours before.

We are lucky, the marathon is usually held on the same weekend as daylight savings time, so we get an extra hour but make sure you have plenty of warm clothing, food, drinks, and everything you need for the start.

3) Be prepared for the Verrazzano Bridge

The first two miles are the polar opposite. You start running up the Verrazzano Bridge and the second mile runs down. For me, those miles differed in pace by a minute. Don’t weave around people the first mile and just relax and take in the view. With the crowd and uphill, it will be slower but don’t worry the crowd will thin out.

4) Be prepared for the finish line chute 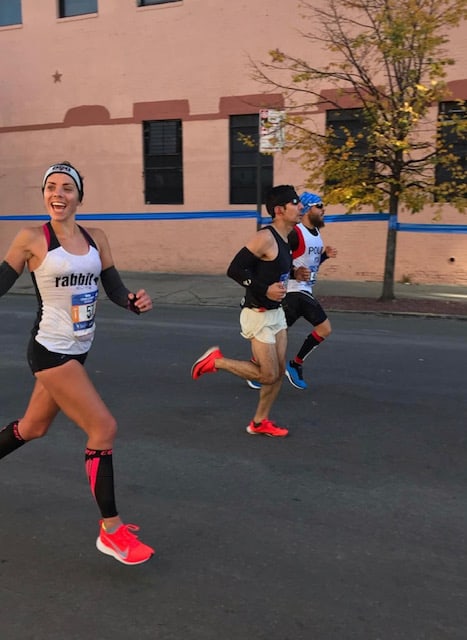 Hollie Sick out on the course at the 2018 New York City Marathon. (Courtesy Hollie Sick)

Unlike most marathons, there are water stops almost every mile. Do you need water or Gatorade? It’s there for you! Make sure you are familiar with what is where.

I started in the first corral, and there were water and Gatorade cups everywhere on the ground when I ran by. Stay safe and careful. If you don’t plan to take anything, stay right in the middle of the course.

6) Put your name on your chest

I wish I had done this, but people wrote their name on their chest for the crowd to cheer. I was just lonely 530.

It deserves its own number. It is mile 15-16 of the marathon. It’s already a hard mile, but it’s also the only quiet mile. No one is cheering on the Queensboro Bridge, it’s just you and other runners. Be ready for that.

If you can, consider adding hills at the end of long runs. But man, when you come flying down on the other side, the noise from the crowds cannot be beaten.

8) Take the following day off work

If your schedule allows, ask for the Monday off. Your legs, quads, and body will thank you. Personally, I never sleep well after a race, and probably got about 4 hours of sleep after. The next Monday, I laid around like a potato.

9) Nothing beats the crowds

There is only one mile (the Queensboro Bridge) where the crowds are not huge.  The later stages of the race have the most crowds so be prepared!  You cannot beat the energy and atmosphere of New York.

Let us know: Have you run New York before? What is your favorite race?

Hollie Sick is an avid New Jersey-based runner who’s completed more than 40 half marathons and the 2018 New York City Marathon. Read her blog, or follow her on Facebook.

Next post: 10 Norway Half Marathons for the Traveling Runner

Previous post: 31 Gorgeous Parks You Can Run in New Jersey