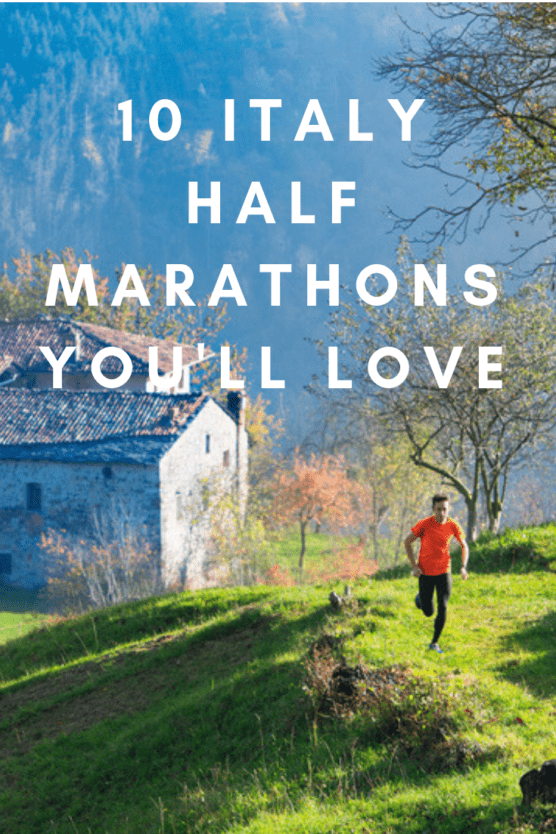 Held in early March, the point-to-point Roma Ostia Half Marathon attracts elite runners and first-timers alike. The course has a few rolling hills, but slopes gently down on the second half of the course making it perfect for a fast finish. Runners start at the Palazzo dello Sport and run the entire length of Cristoforo Colombo until reaching the Mediterranean.

Flat and fast, the Half Marathon Firenze has been held since 1983. Runners will start and finish at the Piazza Santa Croce and cover a route full of main monuments that have made Florence famous all over the world including Lungarno della Zecca, Piazza della Signoria, Piazza Duomo, and Oltrarno. In addition to the half marathon length, the race also offers an 8K and a charity run for children and families.

Circling the city of Milan, the Stramilano Half Marathon takes runners on sightseeing view of the city. Runners start and finish at the Piazza Castello and can enjoy an after race party inside the Arena Civica, opened in 1807. A generous prize purse attracts top runners from all over the world, but the race has a 3 hour time limit for those who are not vying for a podium spot.

Held in late May, the Moonlight Half Marathon is unusual as it begins around sunset at 7:45 p.m. Runners start and finish at Piazza Milano and the course travels through the countryside of Jesolo, alongside the Cavetta Canal, and to the tourist marina of Cortellazzo. Runner continue on to the mouth of the Piave River and finish the course along the beach by the Adriatic Sea.

The Napoli City Half Marathon was first run in 2014 and has quickly become a favorite for runners looking for an ideal late winter race with ideal temperatures. The loop course runs through many of the most beautiful streets of Naples including Promenade and Old Town. With views of the Mediterranean, a relay option, and a the perfect city to load up on pasta, this is one half marathon to put on your wish list.

In conjunction with the 26.2 mile distance, the Maratona di Palermo also offers a 13.1 mile distance. The half marathon course is a loop consisting of a few out-and-back sections with a start and finish at the Stadio Comunale Renzo Barbera. The 2,700 year old city of Palermo is surrounded by mountains, but the race itself is mostly flat and nearly at sea level.

Runners line up at the Rivoli-Corso Francia, near Via Trento and travel 13.1 miles to the Torino-Piazza Castello. Held in early October, this course is not only scenic, but the perfect place to set a new PR. The course rolls gently downhill from approximately 1100’ to 800’ with very little uphill along the way.

Beginning at the Old Port – Palazzo San Giorgio, the course of the mid-April Genoa Half Marathon loops through the city for 13.1 miles before returning to nearby Old Port – Piazzale Mandraccio. The city of Genoa lies on the Mediterranean Sea and runners can expect a few modest hills on this mostly flat course. Pacing groups are available to runners and the course limit is 3 hours.

The Pisanina Half Marathon takes place is mid-December and naturally begins where Pisa is most famous, next to the Leaning Tower of Pisa. Runners will complete a loop course along the city streets and Arno River. Dubbed “Arts, History, and Nature”, the 13.1 miles includes a little of each.

The Bologna Half Marathon starts from Via Rizzoli and travels around the city back to Piazza Maggiore. Runners will travel alongside one of Europe’s largest porticoes, walkways covered with roofs that protect pedestrians from the elements as they move about the city. The city of Bologna was first settled 1,000 BCE and despite heavy bombings during World War II, the vast history transcending thousands of years is still easily evident.

Previous post: What’s Holding You Back From Being a Better Runner?