by Carissa Liebowitz on November 6, 2018 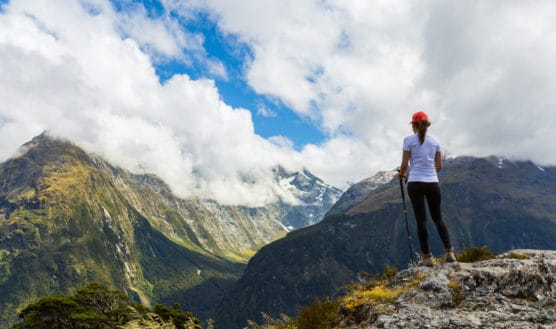 Fast and flat, the early March Christchurch Motorway Half Marathon is great for beginners and elites alike. Runners will begin at the Canterbury A&P Grounds and then spread out onto the pathway at the Curletts Road entry. The course then follows under the underpass of the motorway, reaches the turnaround at Carrs Basin and returns back to the start. Walkers are welcome!

Central Otago is the world’s southernmost commercial wine production region and the home to the early February McArthur Ridge Vineyard Run The Ridge Half Marathon. Runners will follow a course on gravel roads, along vineyard headland and amongst vineyard roads. Rolling hills are featured throughout the course and runners will be treated to spectacular scenery throughout the 13.1 miles.

Held in the late January (at the peak of summer in the southern hemisphere!), the We Run The Night Running Festival offers multiple distances for runners including a half marathon, 11K, and a 5.5K. Faster racers will complete the 4 loop course of the half marathon without the need for a headlamp, but slower entrants will need to consider this additional piece of equipment. The course has a few moderate hills that peak in the middle of the loop and provide racers a downhill finish.

There are mountain bike, running, and walking categories offered for the Glenham Trainwreck Trail Races. The half marathon loop course begins on the road and then moves into farmland and track, ascending over 600’. Racers then will make a quick descent down to the Mataura River followed by a climb through the historic Glenham Tunnel before completing the race. The course of this late January race is normally closed to the public so this is a great opportunity to see a hidden part of New Zealand.

Pegasus Town is located 30 miles north of Christchurch and is the home of the Canterbury Half Marathon. Runners will follow a 3 loop course that starts and finishes on the shores of Lake Pegasus and winds throughout the residential streets of Pegasus Towns. The early December race is open to runners and walkers alike and features a 9K and a 3K kid’s race as well as the 13.1 mile distance.

Hanmer Springs is a resort town in the Canterbury region of New Zealand’s South Island known for the thermal pools, spa, and surrounding mountains full of trails and seasonal ski slopes. The early December Hanmer Holiday Homes Half Marathon run from Lake Tennyson, high in the alpine environment of the St James and Molesworth Stations. Runners will follow gravels roads through stunning scenery over 13.1 miles on this point-to-point course.

The Long Course (20.5K) is a trail running/walking event in the historic Karangahake Gorge that takes runners alongside the natural gorge, along historic railway tracks (complete with tunnels!), and through native bush. Held in mid-November, this race also features swing-bridges, steep climbs, and scenic views as runners climb up the backside of Karangahake Mountain. Save a bit of a leg strength for the final flat and fast finish around Dicky Flat!

The point-to-point course of the Barfoot & Thompson Half Marathon runs almost entirely alongside the waterfront of Auckland. Runners begin the late October race along King Edward Parade and follow along the Rangitoto Channel, heading north. The course then begins to head west and racers will find themselves running alongside Shoal Bay until reaching the finish line in Victoria Park.

The Wellington Half Marathon is an out-and-back race held in late June in the North Island city of Wellington. Runners will travel a course that parallels the Wellington Harbour, passing by Queens Wharf, Oriental Bay, Point Jerningham, and Evans Bay. All race distances start and finish at Westpac Stadium’s Fran Wilde Walkway.

Next post: How to Prepare For a Rainy Race Day