10 Reasons Why Running Is the Best Sport 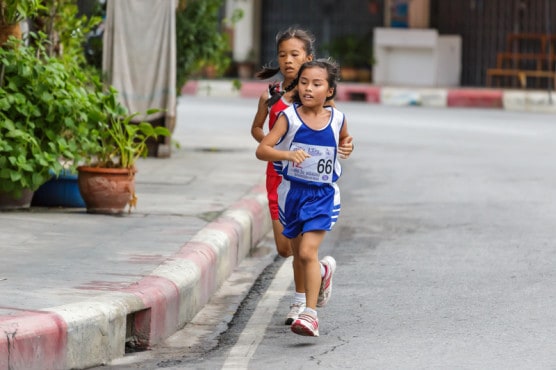 They can do it, and you can too. (© Sutisa Kangvansap | Dreamstime.com)

1) We get to race with the pros

In no other sport do you get to compete in the same arena as the paid professionals, let alone in the same competitions. Runners get to line up behind the biggest names in their sport while competing in big city marathons like Chicago, London, and Boston. It’s inspiring to be on the same field with best in the world.

Sure, running can be expensive, but it is also can be really inexpensive too. Good luck playing golf for the same cost as running a few miles. Aside from a decent pair of running shoes and non-chafing apparel, there isn’t anything else needed to go for a run.

Unless sorting out age group awards, age and gender mean very little in the sport of running. All ages and both genders compete on an even playing field and vie for top honors in every race.

Yeah, yeah, yeah, it does seem like every runner has some lingering injury at one time or another. But rarely is it as dangerous as a cyclist crash, football concussion, or rock climbing fall. Gravity can be quite a devil, but rarely life-threatening at a few feet off the ground.

5) AnyBODY can do it

Yes, the elites are all a bunch of svelte matchsticks, but attend any race to get a glimpse of how diverse the running community is. Because running is incredibly inclusive, not exclusive, it is almost impossible to not fit in. So if you can’t dunk a basketball because you aren’t 6’8” and you can’t be a linebacker because you are too thin, maybe you should try running. 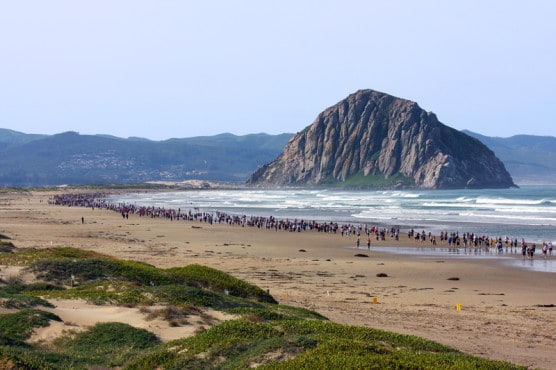 Another reason why running is the best: Because it can take you to places like this race near Morro Bay, California. (© Judwick | Dreamstime.com)

A 9-inning baseball game requires approximately 3 hours to finish. Running can be done in a 10 minute burst or an hour-long endeavor. Runners can squeeze in a run at virtually any time and can do so at the spur of the moment.

Humans were born to run. Sure, there are ways to better your form, breathing, and endurance, but putting one foot in front of the other is second nature. There isn’t any need to learn how to throw a ball, change a gear, or learn a set of complicated rules. You just run.

Running doesn’t require a gym, a playing field, an arena, or a court. It can be done pretty much anywhere in the world at any time. It’s the perfect way to scout out a new city or revisit your hometown. And you don’t need a sign-up sheet or reservation to do so.

There are some days that running with a group or a friend can create the perfect sense of camaraderie and team building that can only elevate the sport. Being pushed to new limits with fellow runners is a fantastic way to get stronger. But running can also be done completely alone; sometimes as the perfect way to meditate on the upcoming day or unwind from the one that is almost to end.

10) Our sport is your sport’s punishment

Classic cross-country shirt cliché aside, it really speaks volumes to those who love to run. It is seemingly such an easy sport and yet so many people try it every year and don’t stick with it. But for those who have a passion for it, they know the pain is temporary and the accomplished feeling lasts far longer than the run.

Next post: Can Running on a Treadmill Predict How Long You’ll Live?

Previous post: 7 Keys To a Successful Half Marathon Training Cycle