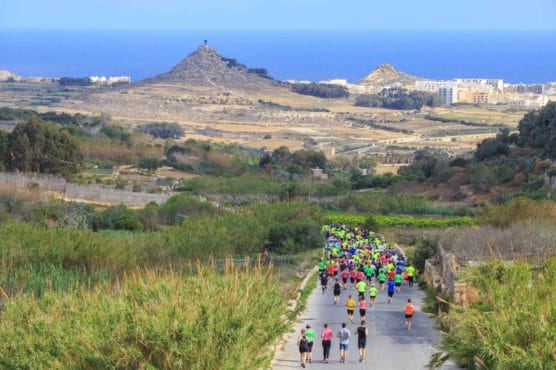 Ready for a real-life adventure? That’s what you’ll get at this race, which takes place in one of the world’s most mysterious places in this landlocked nation in the Himalaya Mountains between India and China, at an elevation of 6,700 feet above sea level.

Run the length of the northern shore of this tiny island in the Society Islands of French Polynesia, known for its jagged volcanic mountains and its gorgeous sandy beaches, passing by Ōpūnohu Bay and Cook’s Bay by the time you reach the finish line.

Run where the Atlantic and the Indian Oceans meet — you can actually see the place where they collide here — at this race that runs in the shadow of Table Mountain National Park, the majestic flat mountain that looks over the city.

One of the most stunningly beautiful cities anywhere in the Mediterranean awaits at this Croatian city on the Adriatic Sea, where you’ll run portions of the race on the walls through the city, as well as along the Stradun, its most famous and oldest street.

Set for the last weekend in April on Gozo Island in Malta, the Mediterranean archipelago scattered between Sicily and the coast of Northern Africa, this race is definitely one to dream about.

What Runner’s World magazine calls the world’s “craziest and most worthwhile marathon” awaits at this race, which tromps through the lush jungle forests just outside the city of Makeni while raising money for Street Child, a charity that works to get children in the west African country off the streets and back into family homes and schools.

7) Olympikus Half Marathon at the Rio Marathon

You’ll run entirely along the coastline of this bustling, teeming Brazilian metropolis that looks out into the waters of Guanabara Bay at this race, where the 2016 Summer Olympics were held.

Sometimes called “the most scenic half marathon in Ireland,” the Half on the Head unfolds largely along the Wild Atlantic Way here on the wild western coast of Ireland. Depending on the weather, you’ll get to take in stunning views of the Cliffs of Dooneen, Tralee Bay and Mount Brandon.

Ever wanted to run up the Colorado mountain that holds such a special place in the minds of outdoor enthusiasts around the world? You’ll top out at just over 14,000 feet above sea level by the time you reach the peak, to celebrate one of the most difficult (and satisfying) accomplishments you can achieve in the world of running.

10) The Kauai Half Marathon

With its pristine sand beaches, lush jungle-like rain forests and massive green cloud-covered mountains, Kauai offers one of the most beautiful places anywhere on earth for a running event, and this race gives you the chance to see it all up close.

For sheer natural beauty and dramatic coastal scenery, it’s pretty much impossible to top this event, which runs alongside the Pacific Ocean crashing against the shoreline for most of the race.

Runners get to run along the Malecón, a sea wall that stretches 8 kilometers along the waterfront of Havana Harbor, at this early fall race. Built in 1901 to protect the city from the ocean, today it’s home to fishermen by day and lovers meeting at night.

You’ll run along the waterfront of this tiny Caribbean island nation at November’s KLM Curaçao Half Marathon, where you’ll pass the “swinging old lady”, the famous Queen Emma pontoon bridge and even over the Juliana Bridge, one of the highest bridges in the world.