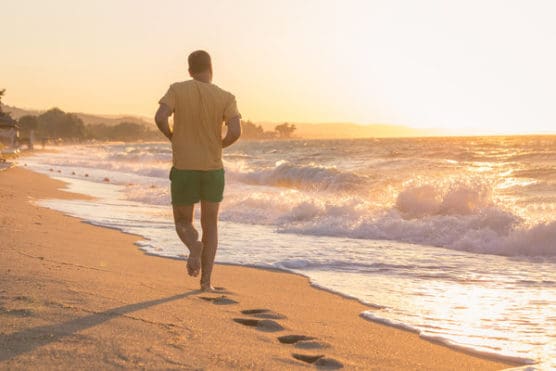 “If people were possessed by reason, running marathons would not work. But we are not creatures of reason. We are creatures of passion.” – Noel Carroll

Starting from Steeplechase Pier on the world-famous Coney Island Boardwalk, you’ll run a triple-loop route up and down the boardwalk for this race, looking out onto the beach the entire race.

This point-to-point race takes runners from the majestic views of the historic Cabrillo National Monument overlooking the Pacific to the green, expansive meadows of Balboa Park, home to the renowned San Diego Zoo.

Come for a run along the Maine seashore at this beautiful harbor town just over an hour’s drive from Portland, part of a weekend filled with festivities that also includes live music, an art show, food tastings and more.

The tree-lined roads and historic beach town areas along the scenic southern shore of New York’s Long Island are on display at this race, named by Runner’s World as one of the country’s “Top 10 Races to Run” back in 2008.

You’ll run along the shoreline of the southernmost point in the United States, here along the tip of the island at the end of the Florida Keys, roughly 90 miles across the Gulf of Mexico from Cuba.

With long stretches of beachfront making up much of the route, there’s never more than a 45-ft-high elevation at any point in the course, of which nearly all is visible from the waters of the Pacific Ocean.

There really aren’t any mountains here along Florida’s Gulf coast, but legend has it that the sailors who once made their way past this area gave it the name thanks to the high sand dunes here, often covered in wild blue flowers.

8) City to the Sea Half Marathon

More than 2,000 runners and walkers come out each year to run the long, scenic point-to-point course from San Luis Obispo to the coastal town of Pismo Beach at this race, now a local tradition in this Southern California town.

This race, which unfolds along Florida’s Space Coast near Cape Canaveral — and features finisher’s medals in the shape of the bottle from the legendary TV series “I Dream of Jeannie” — features a 2 1/2-mile-long stretch along the sands of Cocoa Beach.

The stunning shoreline of Narragansett Bay makes up all but a few miles of the course, which takes runners from the Towers (its most famous landmark) down to the historic Point Judith Lighthouse and back.

The crown jewel of the 60-mile stretch of coastline known as South Carolina’s “Grand Strand,” Myrtle Beach hosts this annual fall race whose last several miles run a long stretch of the Myrtle Beach Boardwalk along the ocean.

12) Running For the Bay Half Marathon

You’ll get to experience an authentic piece of “Old Florida” at this race, which takes runners and walkers on a long, straightaway run across Apalachicola’s John Gorrie Memorial Bridge.

Hailed by Runner’s World magazine as one of the country’s most scenic races, thanks its course along the shoreline of southern Cape Cod, running toward the beach on Vineyard Sound, which looks out across the water to Martha’s Vineyard in the distance.

Run across the brilliant blue waters of the Biscayne Bay that separates downtown Miami from the Miami Beach area and along its walkways and boardwalks along the Atlantic Ocean at this race, which runs on the Saturday before Halloween.

Palm trees, ocean breezes and waves crashing along the shoreline of this beach community just south of Daytona Beach are the setting for this race, which takes runners out to see the Ponce Inlet Lighthouse.

Rocky bluffs, sandy beaches, waves crashing against the shoreline, and plenty of rugged hills await on a gorgeous point-to-point route along the Pacific Coast Highway at this race, which starts and finishes at Point Mugu Beach.

This spectacular course starts and finishes in San Francisco next to Aquatic Park and then unfolds across the majestic Golden Gate Bridge, to the Marin Headlands and back.

For sheer natural beauty and dramatic coastal scenery, it’s pretty much impossible to top this event, which runs alongside the Pacific Ocean crashing against the shoreline for most of the race.

Run, walk, or jog through the saltwater marshes, woodlands, and rugged coastline of New Hampshire’s Portsmouth Harbor at this race, which offers runners a scenic tour of nearby towns and the harbor.

Fast and flat with gorgeous views of both the Pacific Ocean and San Diego Bay, this race follows a point-to-point 13.1-mile course that runs from Coronado to Imperial Beach, which lies about 20 miles south of downtown San Diego.

Run an out-and-back race almost entirely along the oceanfront of Panama City Beach at this race, which starts just yards from Margaritaville on Pier Park Drive.

Run along the fast, flat shoreline of the Gulf of Mexico at this race, which takes runners on a point-to-point route from Madeira Beach all the way up to Taylor Park, with stretches along the beach and Florida’s Pinellas Trail.

Take in the white sand beaches, salt air and the sun rising over the water (the race starts just after sunrise) as well as plentiful trees and gardens along the route, which runs into the streets of Biloxi by the time you reach the final few miles.

Next post: 7 Tips to Keep Your Running Gear & Apparel Clean

Previous post: How to Recover After Running a Half Marathon